Andy Warhol in a skimpy bikini

Strangely, I don’t write very much about fashion. Not, I hasten to add, because I find the subject trite and banal and 97% of the people connected with it utterly vacuous and revolting. Far from it – the problem is that I’m simply not clever enough to understand it. 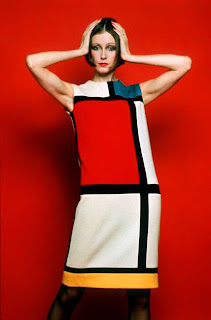 Let me give you an example. I am informed that La Perla’s spring/summer 2012 swimwear collection “embodies the attitude and audacity of pop artist greats Andy Warhol and Piet Mondrian through its incorporation of bright hues and bold prints.” Which is nice. Except that Mondrian died in 1944, several years before the phrase “pop art” was ever coined. They’re on rather steadier ground with Warhol, you’d think; although the specific works the costumes are attempting to emulate are AW’s flower prints, which represented his conscious response to fine art, to Monet’s lilies and Van Gogh’s daffodils, rather than to the popular culture and mass production that characterise the subject matter of pop art. And the Mondrian reference, it turns out, is not to anything that the artist ever painted, but to Yves St Laurent’s Mondrian dress, from 1965. If pop art was about turning mass culture into something that could hang in galleries and command multi-million-dollar sums at auction, then YSL’s dress and La Perla (and Warhol’s flower designs themselves, having straddled the divide between post-impressionism and fridge magnets) do the precise opposite, and my ability to coin a witty neologism is only stifled by the fact that “pop” is a palindrome. Warhol made art about pop; these bikinis are pop about art.

Or maybe they’re not even that. When you finally get to look at said cossies, their resemblance to the works of Warhol and Mondrian is that they’ve got flowers and checks on them, pretty much. So by doing the complete opposite of pop art (which now encompasses non-pop artists, to the extent that Andy and Piet presumably share their studio with Schrödinger’s cat or something) and creating something that looks nothing whatsoever like pop art, La Perla “embodies the attitude and audacity” of said pop (?) artists. 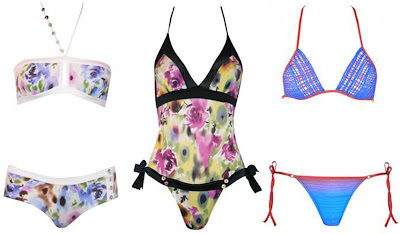 Stop it now. You will hurt your brain.

I'm sure that it's all of huge sociological significance etc. but I am as eye-rolling as you are about fashion.