The partial redemption of Douglas Coupland

I’ve been reading a book. Yes, a book, a book book, a codex, a book that looks like a book, with covers and pages and things. OK, granted, I’m only reading it in such a form because the publisher, has seen fit not to produce a Kindle version. But I do start to remember the advantages of analogue text – for a start, you can use it to reserve your table in Starbucks and be pretty certain that nobody will nick it. 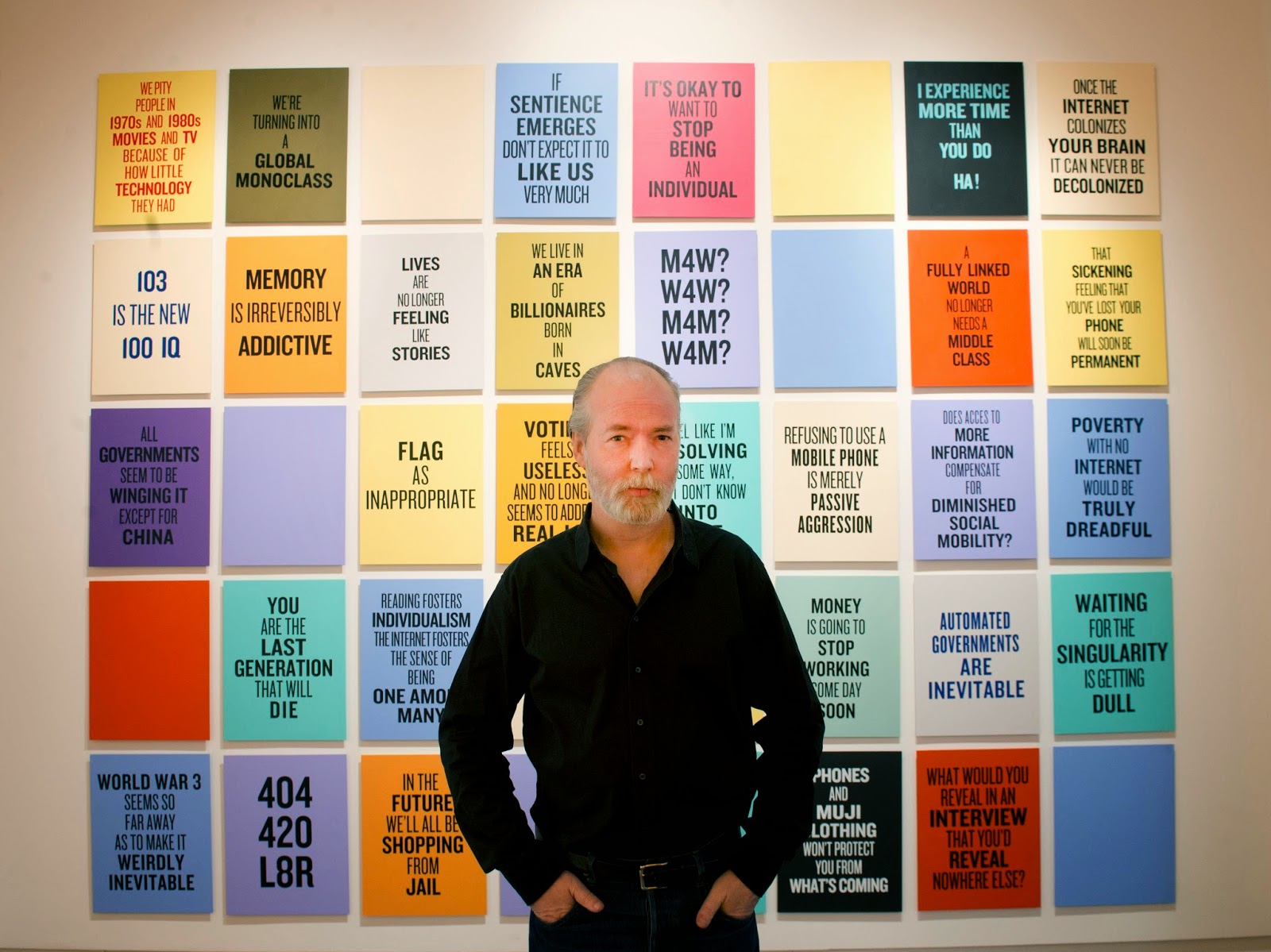 This is despite the fact that the tome in question – Shopping in Jail, by Douglas Coupland – is the sort of minimalist, functional, slim (92 pages) volume that exudes a sort of utilitarian panache in its cover of Guantánamo jumpsuit orange, the sort of book for which ponces such as myself are prepared to pay over the odds in the gift shops of the ICA and the Pompidou and MoMA; which is, of course, exactly the sort of shallow, facetious aperçu about 21st-century consumerism that Coupland might have included in his book of essays. In fact, I bought it because although I’ve pretty much given up on Coupland as a novelist, I can still acknowledge that he’s a good writer. Older readers may recall my review of JPod, which essentially degenerated into curating a list of the book’s best one-liners.


I’d already deduced that the best line connected with the book occurs among its Amazon reviews but Coupland can still come up with the goods. First he quotes Paul Valéry – “Any view of things that is not strange is false” – with a studied insouciance that precludes him having to explain who Paul Valéry is, thereby leaving the reader wondering whether she really ought to know and, if not, whether she needs to pretend. And then there’s this:

I start to tune out the statistics I’m being told about the future of China’s consumers, which largely have to do with Chinese advertisers targeting the right Chinese consumers. This is depressing, and one would hope China might do something different with targeted data than just nurture shopping — possibly something gruesome and eye opening, but different nonetheless, Seated on a comfy leather sofa, watching the end of a reality series, I muse on the 7 billion people on earth and how almost everybody these days voraciously devours countless unbundled fragments of our creative past, either by watching it as a YouTube clip or by sticking it in a plastic envelope for sale on eBay, and how we seem to be consuming far more culture than we create. I’m wondering if everything before 2001 will be considered the Age of Content, and all the time thereafter as the Age of Devouring.

Which is good and true but is also pretty much what I was trying to say in my book about the Noughties. Although, according to Coupland’s analysis, by recycling his words I’ve come fairly close. Maybe I should give up on this whole shallow, facetious cultural commentary lark and write a shallow, facetious novel instead.
Posted by Tim F at 9:17 am

Don't get to read your blog as much as I'd like to Tim but when I do it always entertains and makes me wish i shared an office with you, because that would be a good office.

Thanks, Dan. I too would greatly enjoy sharing an office with you but I'm not sure it could be defined as "good" in the sense of getting stuff done.