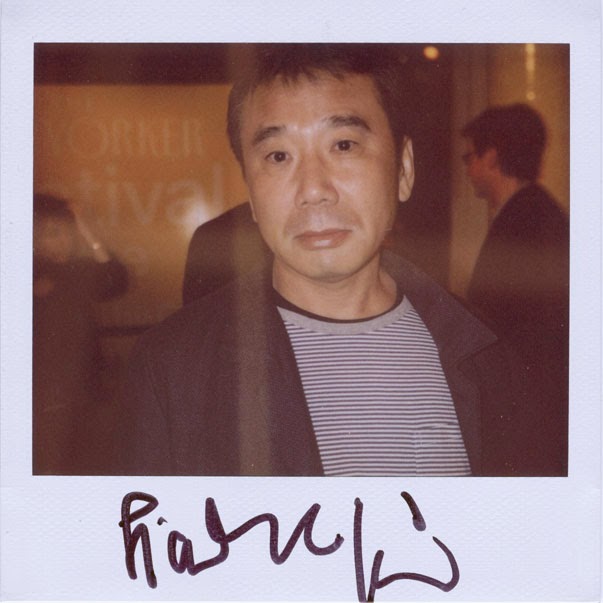 There’s a joke about two-thirds of the way through Haruki Murakami’s latest novel, Colorless Tsukuru Tazaki and His Years of Pilgrimage. At least I think it’s a joke. Tsukuru is in southern Finland, sitting on a bench, eating cherries, when he is accosted by two local girls who ask where he’s come from. He explains that he’s come from Japan and the flight took 11 hours.

“During that time I ate two meals and watched one movie.”
“What movie?”
“Die Hard 12.” This seemed to satisfy them.

Now, it could be that Tsukuru is just making a facetious, smartarse remark that sails over the girls’ heads, but that doesn’t seem likely. In common with most of Murakami’s central characters (neither “hero” nor even “protagonist” sufficiently addresses their essential passivity), he’s not a smartarse. Instead, because the exchange is so deadpan, so matter-of-fact, the reader could reasonably infer that in the fictional universe that Tsukuru inhabits, there really is a 12th instalment of the John McClane franchise.

Or is it something deeper? The set-up of the story is that Tsukuru finds himself ostracised from his tight-knit group of high-school friends, for reasons they won’t explain. Many years later, when he finally plucks up courage to ask what provoked this expulsion he finds himself retrospectively accused of a heinous crime and once he’s recovered from the shock, he starts to wonder whether there’s some alternative plane of reality in which he might actually have been capable of committing it, even though he has no memory of the act.

This notion of parallel existences harks back to Murakami’s previous book, the behemoth 1Q84, in which the heroine accidentally enters another version of the world without at first realising it. Only when she starts noticing random incongruities both small (Tokyo policemen suddenly appear to be carrying a different model of revolver) and substantial (there are two moons) does it sink in that something’s different. So maybe Tsukuru has entered another realm, one in which everything is as we know it in our own world, except that Bruce Willis got divorced again and really needed the money. Incidentally, the reference to a non-existent film did make me think of a book by Kazuo Ishiguro, an author who is sometimes lazily bracketed with Murakami simply because they were born in the same country. In The Unconsoled, the narrator, Ryder, visits a cinema where 2001: A Space Odyssey is playing and notes without surprise the performances of Yul Brynner and Clint Eastwood. This lurch from reality is one of the first suggestions (it’s never explicitly confirmed) that Ryder is dreaming: and Murakami’s penchant for vivid, often erotic dreams that may or may not be real is maintained in Colorless Tsukuru.

Of course, in the new book Murakami gives rein to many of his other habitual tropes, without which his fans would feel short-changed: music, enigmatic women, telephones and – very tangentially and only towards the end – religious cults. The cats, one suspects, are merely resting. Ultimately, though, his theme is the state of his central characters, the state of being slightly apart from the rest of the world. This is especially resonant for Tsukuru because, unlike most of Murakami’s characters, he leaves Japan, if only for a few days. (As far as I recall, the only time this has happened before was in what I regard as his weakest effort, Sputnik Sweetheart, which involves a sojourn in Greece.) When Tsukuru reaches Finland, the author hammers home his otherness in uncharacteristically explicit terms, heavy-handed, even:

It finally struck him: he was far from Japan, in another country. No matter where he was, he almost always ate alone, so that didn’t particularly bother him. But here he wasn’t simply alone. He was alone in two senses of the word. He was also a foreigner, the people speaking a language he couldn’t understand. It was a different sense of isolation from what he normally felt in Japan.

But, possibly coincidentally, there’s another aspect of the novel that makes the reader empathise with this sense of isolation. To a degree that doesn’t happen in Murakami’s other books, the specific peculiarities of the Japanese language are mentioned several times. The other members of the high-school gang that rejected Tsukuru all have names that refer in some way to colours, whereas his doesn’t, hence the first word of the title. However, it is significant that his own name refers to construction, as he gets an engineering job, building train stations. Later, it is remarked that a character uses high-flown honorifics to address Tsukuru; whereas another character uses informal, even rough pronouns. Later still, a Finnish character finds himself searching for the right word in Japanese. The translator, Philip Gabriel, deals with these potential pitfalls elegantly but each time they occur you are inescapably reminded that you are reading a translation, that you are not Japanese, that you are somehow isolated, apart, other from the absolute essence of what’s going on. Just as Tsukuru can safely eat his pizza in Helsinki but will probably never feel entirely part of the action, we as gaijin are always on the outside of Murakami’s world of outsiders, looking in. If you’ve never before fully identified with the archetypal Murakami not-quite-hero, here’s your chance.
Posted by Tim F at 6:40 am