Social Me, a name I call myself 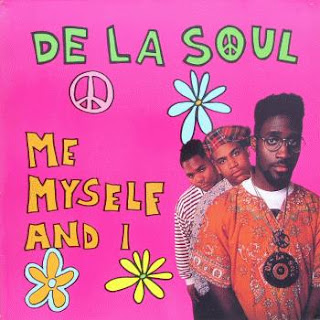 Undeterred by my fleeting flirtation with Klout and passively encouraged by that digital pimp Everett the-sometime-Legend! True, I have joined some grisly entity going under the name of Social Me, which essentially casts a baleful eye over one’s Facebook posts and treats them to a bells-and-whistles version of what we used to call the Gunning Fog Index. So:
I’m guessing/hoping that “imaginative words” is a euphemism for words that don’t really exist. And to be honest, all the stats about punctuation and so on are pretty irrelevant unless we know whether I’m using the many apostrophes and few exclamation marks properly. And it’s only particularly relevant if you’re labouring under the misapprehension that the real “you” exists within the ones and zeroes of your Facebook profile; whereas mine is on Twitter, of course. The real “real me” went out to buy some milk some time in 2008 and hasn’t been seen since. So I don’t know what any of this means. And I’m still baffled about the whole “confident” thing. Oh go on, you do it for yourselves and come back and tell me what it says and give me your best guess as to how accurate it is. Especially the stuff about commas. 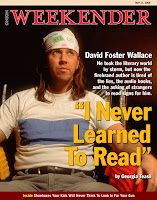 Of course, no sooner had I disgorged my Zuckerbergoid self into the Social Me bucket, I remembered that there’s another method of self-analysis via one’s own writings that doesn’t focus on the banal, superficial blatherings of my pokey/likey persona. So I pasted a few recent posts from Cultural Snow into I Write Like and discovered that I write like HP Lovecraft, which is intriguing because I’ve never knowingly read more than two or three sentences of Lovecraft’s prose. And then I did the same thing with some text from my new David Foster Wallace blog – which you’re all reading, I know – and was informed that, no, actually I write like the late David Foster Wallace. Which is at one and the same time entirely to be expected and also a bit weird, as if I’ve been typing on someone’s grave. To coin a tortured simile that DFW would probably spurn; although he does at one point come up with the sentence “He went to the bathroom to use the bathroom” which is pretty bad. Hey, I can say that! I write like him! Which means I’m pretty much him.

Zuckerbergoid is an imaginative word

Since I began teaching, I've learned that if you use ANY punctuation, you're probably using it more than 89% of people.

Hey Tim! Good grief, meaningless stats; that's an hour of your life lost. But like yourself, I use less exclamation marks than most. One at a time, too. We should stand proud! Well, prouder than those other schmucks. Indigo

It is, isn't it, Rog? I expect it will turn out to be the scarce, valuable element that the bad humans are searching for in the Avatar sequel.

Before you do that, Annie, you could lend me some of the vast amounts of cash you must have made from your rubbish books.

If a picture launches a thousand blog posts, Savannah, why can't I mix metaphors?