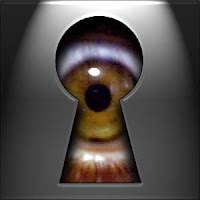 Oh dear. All sorts of issues bump together; the privacy of the individual; the status of the celebrity; the power of the media; the implied misogyny of the male gaze; hooray, boobies. And yet what is there to say? Essentially, it was wrong of the photographer to take the photos and wrong of the various magazines to publish them; but it was probably also a bit dumb of the Palace to get quite so openly annoyed about it or to take it to court; a deep sigh of disappointment might have done the trick better. (And the same goes for Muslim reaction to that idiotic film that probably doesn’t even exist in its full state.) Essentially, this is the sort of crappy thing that happens to celebrities these days. Do the royals really want to be celebrities in the modern sense? Because they do have a choice, to some extent at least.

But it could be worse for them. Imagine that someone took the photos, and nobody wanted to publish them; not out of any sense of propriety, or even because of fear of legal sanctions, but because they didn’t think that anyone would care one way or the other. What would that say about the status of the monarchy today? Or – worse for the Duchess herself, maybe – what if the pictures were spurned because the dugs in question didn’t match some industry standard for bounce and perkiness? Or imagine that they were published and ignored because it turned out that all that wishful blather about the Olympics finally shaking us out of our celebrity semi-coma had come true and for now on we would only get excited about people with real talent and real personalities. And their tits, of course.
Posted by Tim F at 7:32 am

Any royal or celeb who has to ask "is anyone watching?" is probably kidding themselves. Still. Shame on those naughty Frenchies.

I've just seen a report claiming that their lawyers were "demanding that the digital originals be handed over".

On this occasion, I think the Palace is right - unless they draw the line now, the level of intrusion (and tedious news coverage) will get worse. And for all those foreigners who aren't sufficiently overawed by the prospect of incurring the Queen's displeasure, there's the trump card: the sainted Diana.

They're all asking it, Indigo. There are whole teams in the basement of Buck House comparing Eugenie's column inches with those of middling Kardashians.

The optimism is heartwarming, innit, Rog?

I don't buy the Diana comparison, Steerforth. She courted the press she claimed were hounding her, and died because her driver was pissed.