The Queen’s Birthday Honours: Armando Iannucci and the bees

I don’t actually have a problem with the basic idea of a state handing out shiny nicknacks to reward its citizens for their various deeds of good-eggery. It gives a certain coherence to that vague concept of being a national treasure; official recognition to the fact that, on the whole, the British people think David Attenborough or Judi Dench are not only talented in their respective fields, but also the sort of folk you wouldn’t mind having a pint with.

What does irk me is the hierarchy of the system. When Jenny Agutter found out she’d got an OBE, might her shiny happiness have been a little scuffed by the knowledge that Kate Winslet has a CBE, which is a more prestigious decoration? How do these distinctions arise? Winslet has an Oscar, which Agutter doesn’t, so maybe that counts for something. But Kenneth Branagh doesn’t have an Oscar, and he got a knighthood, which is one louder than a CBE. Meanwhile, the government has reinstated the BEM (British Empire Medal), supposedly as a metal-and-ribbon manifestation of their Big Society catchphrase, to include long-serving lollipop ladies and milkmen and the like. But why couldn’t those people just be given MBEs, the next step down from the O? Or would that have upset white-collar recipients of that order, local government officials and Rotary chairmen and the like, who are quite happy to be seen as less wonderful than Jenny Agutter, but still want to be maintain their distinction from the people who clean their drains? But of course, we’re not allowed to mention social class, are we? 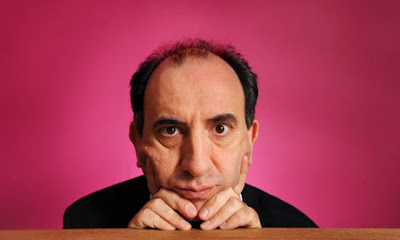 The latest round of gong-giving has thrown up one intriguing little controversy; not, as is normally the case, about the refusal of an honour, but about an acceptance. Armando Iannucci, deadpan kebabber of the powerful and their foibles, has been awarded an OBE. Alastair Campbell, supposedly the model for the monstrous Malcolm Tucker, suggested via Twitter that this was inappropriate. And then it really kicked off.

For what it’s worth, I find myself in the uncomfortable position of agreeing with Campbell. Iannucci is a satirist and should occupy the role of a court jester, tolerated with gritted teeth by the establishment but never quite welcomed into its bosom – at least not until his best and most ferocious days are behind him. As it stands, all his OBE signifies is that someone in the depths of that establishment considers his achievements to be less impressive than those of Richard Stilgoe or Tessa Jowell, but at the same time more worthwhile than those of one Geoffrey Hopkinson, an 84-year-old beekeeper. I hope that makes him feel good.
Posted by Tim F at 6:31 am

The sight of slimy arse Campbell on Twitter greasing his way around a bunch of vapid followers with very short memories makes me dry heave. If John Profumo went into a lonely penance cleaning toilets in the East End for shagging Christine Keeler, Campbell should become totally invisible for shagging Tony Blair and the entire Middle East. I award him the "FFS" in memory of Dr David Kelly.

If one refuses an honour, how does that become publicly known? Because if there's one thing more arselike than accepting one, surely it must be telling everyone that you were offered one but felt too superior to accept it.

But was it, Paul? Does it dull his satirical, anti-authoritarian edge? That's the question.

I agree with all you say, Rog. But in this case alone, I'm with Campbell. Holding my nose, you understand.

Usually the fact of one's refusal leaks out years after the event, GSE, mostly after death (Graham Greene, Evelyn Waugh, LS Lowry, etc). Or sometimes people just do the maths and work out that John Cleese or David Bowie *must* have been offered *something*, so they must have refused.

I see what you mean about feeling superior, but there are very few cases. Benjamin Zephaniah went public with his refusal as a protest over colonialism; Alan Bennett mentioned it in his diaries (a few years after it happened); Jon Snow made a documentary about the process, so felt duty bound to mention that he'd been tapped, but had said "no thanks".

My favourite story was about Albert Finney, who turned down a knighthood. The powers that be then called him back and said that they needed an actor on the list, because it was a bit boring otherwise. So he said "Why don't you give Tom Courtenay a call, he's a good bloke." So that's how Tom Courtenay got a K.

I attended a thing where a prominent Asian woman in politics (no not her the other one) said if any of us wanted to be put on the list to be considered for an honour to let her office know and she'd put in a word for us.

I spent so long thinking about what I'd get an honour for that I never got round to it.