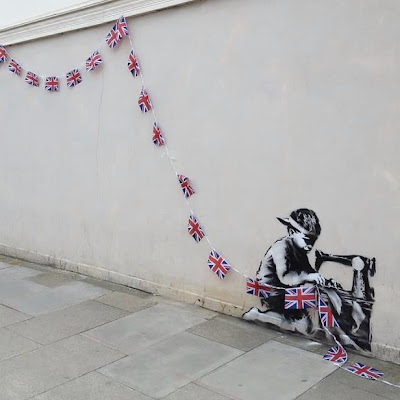 When it comes to the crunch, I just don’t care. I’d be quite relaxed if the British monarchy were to resign en masse, but I wouldn’t want to see guillotines in Grosvenor Square. I see the institution as something akin to subsidised opera: in principle it makes no sense, but it keeps a few strange, posh people out of mischief for what is, in the grand scheme of things, not that much money. There are more important battles to be fought, surely.

The difference is, of course, that opera is a minority pursuit, while a majority of Britons want us to stay happy and glorious. But do they really? They lurve the Queen, but don’t much fancy Charles, and would rather the succession skip a generation to the husband of the sister of the woman with the famous arse. But monarchy doesn’t happen that way; the whole point of it is that you get what you’re given. If the genetic tombola deemed that the next monarch would be Prince Andrew or Princess Michael of Kent or the second corgi from the left or Wee Jimmy Krankie, that’s what would happen, opinion polls be damned. Which suggests that people want a monarchy but can’t be bothered to exercise the intellectual curiosity needed to understand how it really works. Monarchy doesn’t have the democratic impulse of Britain’s Got Talent, but like all manifestations of celebrity culture, it demands a certain suspension of credulity.

Still, as I say, I’m fairly laid back about the whole thing. There’s a temptation to play the Smiths or the Sex Pistols or even McCarthy very loud, but ultimately what would be the point? If you’re doing something Jubilesque over this weekend; maybe trying to break the world record for lying in a bowl of slightly-off Coronation chicken; or watching Gary Barlow galumphing around on the roof of Buck House, desperately wanting a knighthood but stopping short of actually offering a sacrifice of his firstborn to the sovereign; or just making the same joke about the word “bunting” over and over and over again; then I hope you have a nice time of it.

As long as you remember that when you turn 86, they won’t come to your party.

I'm not as anti as I used to be. Look how well democratically elected politicians are working out for us.

Well the polite thing to do is to just pretend it doesn't mean anything and get on with your life. But if you're the kind of person who thinks stuff MEANS stuff (and somehow I get that impression from your blog ;-)) then it's difficult to ignore the fact that we make a shoddy clan of in-bred toffs the very symbols of our nation. A big fat sign saying "this is what we aspire to". Ugh. They rely on people who otherwise know better acquiescing in this bullshit because they can't be arsed to care any more. I say the French knew what they were doing.

The shoddy clan of inbred toffs who run the Guardian at a million quid a week loss perhaps?

I see your point, Annie. But even Blair at the height of his megalomania never had a regatta in his honour.

Dan: Billy Bragg's comment over the weekend was that loads of people who don't claim to be Christians still celebrate Christmas, so the bunting etc doesn't necessarily mean that much. Basically, either the people waving flags are really serious, in which case they won't mind a serious analysis of why they're doing what they're doing, or they're just having a laugh, in which case they won't mind a bit of piss-taking. This also applies to politics, religion, hobbies, etc.

God, no, Rog. I was only just now discussing this with the lady wife, and we decided on the blessed Delia for the gig. Successful businesswoman, good communicator, common touch, likes a pint. And she's got no kids, so no trouble there.