Parsons in paradise: Catching the Sun

I read a Tony Parsons book once, you know. The Big Breakfast of blessed memory wanted to set up a readers’ panel, offering opinions (and marks out of 10) on books that hungover students might want to take on holiday with them. The books they asked me to check out were Zadie Smith’s White Teeth, which I’d already read and enjoyed, and to which, I decided, I would give eight; something utterly horrible by Marian Keyes that involved a female protagonist so utterly wet and useless that the whole thing was, I concluded, some sort of hamfisted satire of post- (or maybe pre-) feminism, and I gave it two; and one by Tony Parsons. I think it was Man and Boy. It was OK, and I thought it deserved maybe five or six. Then The Big Breakfast decided they wouldn’t be doing the readers’ panel after all and I never read another Tony Parsons book again.

Until now. Glancing at the best-seller lists and the displays in airport bookshops, it would seem that Mr Parsons’ career as a fiction writer seems to have been ticking over quite nicely without my patronage – better than The Big Breakfast managed, at least. As I understand it, he deals with ordinary, imperfect but essentially decent blokes, at odds with the modern world but with a core belief in family and doing the right thing that sees them through in the end. It’s Nick Hornby, if Nick Hornby hadn’t been to Cambridge; Parsons men are pricklier, more raw, without a semi-ironic attachment to Arsenal or Springsteen they can use as an emotional carapace; Parsons men are not played by Colin Firth or John Cusack, certainly not by Hugh Grant.

The only reason I picked up Parsons’ latest novel, Catching the Sun, is that it’s set in Thailand. Apart from that, it seems to fit the successful formula: the central character, Tom Finn, is a solid fellow, a builder-turned-driver, bit of a temper but basically a good bloke, beset by the economic and social vicissitudes of contemporary life, but kept going by his devotion both to his family and to the notion of family itself. A run-in with the idiocies of the English legal system (he apprehends two burglars but he’s the one who finds himself in court) coincides with the chance to start a new life on the island of Phuket. So off he goes, wife and two kids and all.

I should point out that there have been many, many books written by foreigners about Thailand. The majority of them are shockingly inept, badly written, shoddily produced, cheap concoctions of cliché and wish-fulfilment, mostly about prostitutes and/or private detectives. Simply by virtue of having received the attentions of a professional editor, Parsons’ book leaps into the top 10 per cent. I found no spelling mistakes. There’s a start.

Of course, there are still areas where one could nitpick. The older Thai couple who become surrogate parents to Tom and his family are referred to as Mr and Mrs Botan, which immediately hits a wrong note. Surnames are rarely used in everyday discourse in Thailand, the standard form of address being an honorific – usually the non-gender-specific “Khun” – followed by the first name or nickname; so the couple would be known as, say, Khun Somchai and Khun Pu. 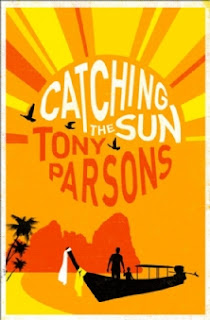 More significantly, the mechanism by which Tom and his family get to stay on Phuket really strains the bounds of credibility. When he gets there, he’s employed by a property shark as a driver, a job which would almost certainly go to a local; his appointment would attract bitter resentment. Thailand is cheaper than Britain, but we never find out how much he’s paid or how that’s supposed to support him, his wife and two kids. When his employer is busted for running a boiler room scam, Tom is allowed to stay in the country, despite the fact he’s been working without a permit, a redemption that would only happen upon payment of substantial backhanders to the police and other authorities involved. Indeed, the corruption that bedevils Thailand is barely mentioned; the only visible policeman is a gruff xenophobe but seems to be entirely clean. Such cops do exist in the country, but their presence would be a matter for some surprised comment at least, especially in the distinctly Wild-West locale of Phuket. The 2004 tsunami strikes about halfway through the narrative, but the plucky locals pick themselves up and work together to rebuild their lives. The vexed questions of illegal development and property fraud that accompanied the disaster are discreetly avoided.

Parsons does touch on some of the downsides of this supposed paradise isle, such as prostitution and the sometimes uneasy relation between the various ethnicities that form the country, contrary to the veneer of happy unity; Mr Botan’s distrust of the chao ley (sea gypsies) is pretty true to life. But his narrator seems for the most part to have swallowed the tourist board depiction of the place. The people are, for the most part, kind and friendly and helpful, a tired stereotype that has been part of Thailand’s corporate branding for the past few decades. Every few pages there’s yet another reference to how lovely the beach is, or the blueness of the sea, or the glories of the wildlife.

The latter gives us some nice descriptive pieces, as Tom’s son is a budding naturalist and a trove of information about the local gibbons and turtles. The debt to My Family and Other Animals is obvious, as Parsons has happily acknowledged, but he seems to have forgotten that half the delight of that book came from Gerald Durrell’s observations of his barmy relatives. Parsons seems rather better at depicting animals than people. The locals remain ciphers, but this may reflect the narrator’s inability to get under their skin; most of the farangs seem to amble around in a daze of sunshine, cheap beer and cute women. They’re intoxicated by the whole thing, but we don’t get a sense of why they are happier here than they would be in Ibiza.

This inability to build characters would be annoying enough if Parsons were being explicitly polemical and his creations were mere props for his opinions. But he doesn’t even try to do that. Every now and then Tom makes the point of reminding us, sometimes while choking back tears, that family is important; the scenery on Phuket is wonderful; it’s wrong to hurt animals. Well, yes. And? If the book has a purpose, it’s to take a Parsons man and plonk him down somewhere unlikely, as if he’s desperately trying to squeeze a little more juice from a dying franchise. If it’s Book Five, this must be Thailand.

One of Tom’s fellow expats is Nick Kazan, a tabloid hack who takes an interest in his legal plight in England, then implausibly finds himself on the same beach a few months later. Although the lure of Phuket is too strong for him to resist, Nick’s muse doesn’t stay around for long:

Nor, apart from repeated affirmations that family and home and beaches and gibbons are all essentially good things, does Parsons.
Posted by Tim F at 7:27 am