Helene Hegemann and the sincerest form of self-flattery 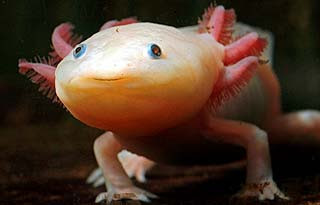 The controversial German author Helene Hegemann is interviewed in The Observer and (inevitably) on the agenda are the accusations of plagiarism that surrounded her novel Axolotl Roadkill. Apparently she lifted a total of 14 sentences from a blogger called Airen, but the act is pretty explicitly flagged up because the lines in question are specifically about the whole ill-defined area of theft and appropriation and cultural sampling:


Berlin is here to mix everything with everything, man… I steal from anywhere that resonates with inspiration or fuels my imagination… because my work and my theft are authentic as long as something speaks directly to my soul. It’s not where I take things from – it’s where I take them to.

And then, just in case we haven’t got the joke, the English translator interpolates the exchange:

Hegemann defends herself further, pointing out that Airen half-inched the disputed lines from the film director Jim Jarmusch, who took them from Jean-Luc Godard and a sign in a gallery. (Do bloggers operate under a laxer moral code than published authors have to endure, one wonders? And if so, is it OK to lift from them even if they’ve lifted, or is that a bit like receiving stolen goods?) Ultimately, though, she questions the very basis on which such finger-pointing is founded: “But I’ve said it again and it’s still my best defence: there’s no such thing as originality, just authenticity.” And she certainly has said it many times already, and was saying it over a year ago when I first wrote about her. Which does prompt the question of whether it’s permissible to plagiarise oneself, in which case any number of writers (Paul Auster, Nicholson Baker, Haruki Murakami all come to mind, and I’m sure you’ve got a few candidates of your own) should be thrown into the mix alongside Hegemann. In any case, new editions of Axolotl Roadkill will come with detailed footnotes attributing all the borrowed material, even if that flies in the face of her own contention that everything’s borrowed anyway.

There have, of course, been footnotes in works of fiction before, but they tend to occupy the same fictional universe as the main text (eg Jonathan Strange & Mr Norrell or The Third Policeman); a real-world reader won’t be able to toddle off to the library and check the references. Even when a writer appears at first glance to be playing fair (I’m looking at you, Mr Eliot), the notes usually provoke further puzzlement on top of the questions they sought to answer. I can see why Hegemann and her publishers feel the need to clarify matters; ultimately though, they should ask if the footnotes are just to keep the lawyers off their backs, or whether they actually make for a better book.
Posted by Tim F at 8:41 am

I think we’ve reached a point where we can’t expect writers to have written the stuff they pass off as their work and it's too much to ask that they might have read it. I plagiarise, therefore I am authentic.