In defence of pretension 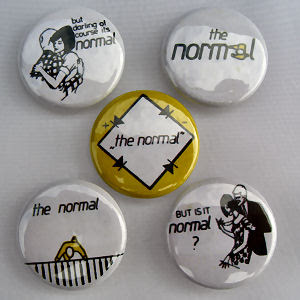 So I was reading Richard King’s How Soon Is Now, about the people behind the rise and fall of (ugh) indie music in the UK and I was thinking there really wasn’t anything else to say (Tony Wilson was on the telly, Geoff Travis had an afro ho ho, Spiral Scratch, yada etc) when we get to Daniel Miller aka The Normal and founder of the Mute label. And then this:

The tracks ‘TVOD’ and ‘Warm Leatherette’ were two corrosive and minimal songs that sounded as though they had been intimidated out of a synthesiser.

“Intimidated”. Yes. Oh, yes, that’s good. Oh no, hang on, perhaps it’s pretentious. Actually, that may not be such a bad thing, according to Pat Long’s The History of the NME, another recent book that covers much the same ground as King’s, from a slightly different perspective. In it, Ian Penman stands his ground:

The cliché that grew up at the time around me and Paul [Morley] was that we were pretentious, which I’m not ashamed of... Pretentious is just another word for aspiring to something, for trying something out.

Penman could have edited his defence down to "Prentious? Moi?"

I fancy the top left badge. I'm clearly in need of reassurance.