About good art and bad people 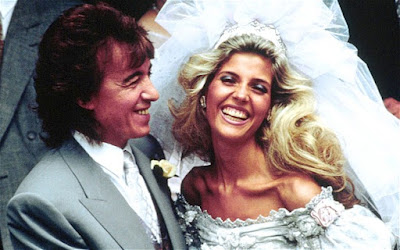 Every time I try to gather my thoughts on whether we have lost the ability and/or right to enjoy good art that’s been made by bad people, the goalposts shift once again. Obviously the Michael Jackson saga hangs heavy over the whole subject, disinterring old, half-forgotten scandals involving figures such as Bill Wyman; a documentary about him has been pulled from a film festival, because of his relationship with Mandy Smith in the 1980s. And if we’re not supposed to listen to Jackson any more, does this mean Wyman’s contributions should be excised from old Stones tracks before we can hear them? Or are singers held to higher standards than mere bass players?

But it’s not just about criminal activity. A cartoonist called Nathan Pyle apparently holds some robustly traditional views about abortion, so some people are suggesting we shouldn’t share his designs. Not that he uses his art to express his thoughts on reproductive rights, you understand; it’s just that he thinks these things, so he’s bad, so his art is bad. Hmmm...

And now, in the midst of a scandal about rich parents exercising undue pressure to secure prestigious university places for their stupid children, Netflix appears to have cancelled Felicity Huffman’s new movie. The return of the morality clause? Looks like it.

PS: Nick Cave sees the potential for some sweet darkness to be reborn amidst the bland, tiresome light:


However, in the world of ideas the sanctimonious have little or no place. Art must be wrestled from the hands of the pious, in whatever form they may come – and they are always coming, knives out, intent on murdering creativity. At this depressing time in rock ‘n’ roll though, perhaps they can serve a purpose, perhaps rock music needs to die for a while, so that something powerful and subversive and truly monumental can rise out of it.

Full disclosure: I continued to listen to Bill, weak solo albums included, even after seeing him interviewed as a strong Cameron supporter on the evening of the 2010 election. He was in a pub. Perhaps he was drunk.