Bret Taylor, inventor of Facebook’s “like” button, has explained why it has no negative equivalent, and probably never will: 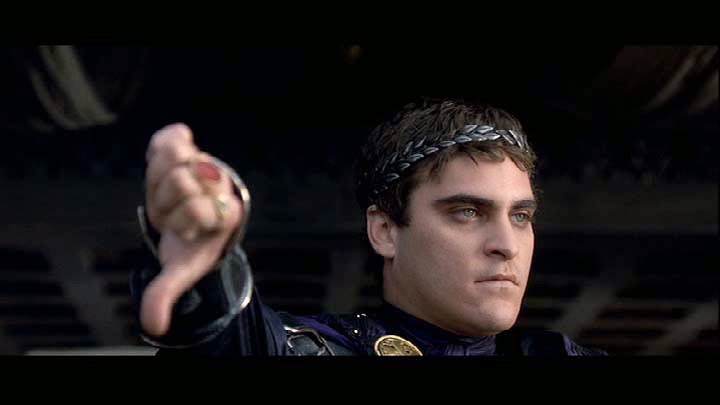 The reason we launched the [like] button in the first place was that there were a lot of times that people wanted to acknowledge something someone did, but didn't have anything to say. And a lot of comments were one word like ‘cool’ or ‘wow’ so the like button let people did that with a single click. It wasn't really just a sentiment of ‘like’.

So the “like” button serves to save inarticulate users the trouble of hitting three keys when one will do. Fair enough. But wouldn’t a “dislike” button serve the same purpose, offering an alternative to the intellectual effort of typing out “dude, this sux”? Hell, why not offer readers three options, as I do on this blog, allowing them to indicate their joy, loathing or – worst of all – bored indifference to what I post? No, says Taylor:

I have the feeling that if there were to be a ‘dislike’ button is that you would end up with these really negative social aspects to it. If you want to dislike something, you should probably write a comment, because there’s probably a word for what you want to say.

Really? So people who can’t be bothered to type “wow” have the time and inclination to compose a thoughtful, cogent, sensitive explanation of their own negative reactions to what their friends have posted? In the past few days, two of my Facebook friends have lost their fathers. Both have received many messages of condolence, all of which are doubtless honest, caring and heartfelt, but the majority are variants on “Sorry for your loss, thinking of you”. There’s nothing wrong with such standardised mantras, of course – but by the same token, there would be nothing wrong with a one-click acknowledgement that the post brings bad news rather than good, rather like an anonymous candle lit in someone’s memory, or a teddy bear affixed to a tree at an accident black spot. What does rather spoil the mood of kind thoughts and virtual hugs in adversity is that each announcement has also attracted a whole bunch of “like”s, which to me would suggest “cool, wow, I’m happy your dad’s dead” – not the message the sender intended, I assume.

I simply don’t buy the “negative social aspects” of Taylor’s argument. Social media should reflect the lives of its users and life includes some negative stuff, whether it’s the death of a beloved parent or an annoying paper cut. His concept of Facebook as a cheery, positive, Pollyanna-ish thumbs-down-free zone is just a case of avoiding reality. Although since, as TechRadar points out, it’s probably more a case of dislikes being less useful to Facebook advertisers, he’s simply being disingenuous about the whole thing anyway. But hey, who ever looked to social media for expressions of sincerity?
Posted by Tim F at 8:53 am

Was gonna say summat, but can't find the like button.

Actually, I can see the sense in not having a "dislike" button. It's because a fair amount of the time "liking" is roughly akin to saying "I agree" or "good point". In such a situation it doesn't really make sense to ask the reasons for agreement. What's the other person supposed to answer apart from "because I think like you do"? - And that's just another way of saying "I agree".

But the same is not true regarding disagreement. If I claim that "x is y" and someone disagrees it makes much more sense to ask for (or to give) the reasons for disagreement. Indeed, merely saying "I disagree" or "you're wrong" amounts to an insult precisely because you've declined to say why.

In other words, in many situations (though not all) there's an important asymmetry between "I agree" and "I disagree", and hence between "like" and "dislike".

I clicked your "meh" button but don't worry Tim - I was doing it ironically.

It's the big red one, Vicus. With a sign saying "NUKE MOSCOW".

But Philip, "like" isn't always the same as "I agree" because Fbook posts aren't always statements of opinion. Someone might use it to announce the arrival of a new puppy or (as I mentioned) that a family member has died. These don't demand agreement or disagreement, just an acknowledgement that said event is good or bad. In that instance, you'd hope that not many people would dislike your dog or applaud the death of your dad; but if they're going to be so perverse, they'd probably be prepared to put in the effort to write a perverse comment anyway.

Rog: maybe we should have some device that tints each button-push with a mood indicator. Irony could be mauve.

I think Philip has a point. There's a huge difference between 'I'm so sorry your father died, dear friend' and 'that's a moronic thing to say you total ****** waste of space' and indeed 'I hate the very idea of your existence so much I plan to exhume your granny and use her bones for stock' - much bigger than between 'I agree' and 'I'm so happy for you'.

I have often wanted a Dislike button, but wonder whether it would lessen or increase the trolling risks. I do see his point though. Better to ignore something one doesn't approve of than make negative comments or Dislikes.

I'm actively clicking the 'rolling my eyes at the ceiling' button - not at you of course.
What next a hierarchical range of buttons to indicate 'favourite' 'most likely to succeed' and 'most valued' tweet ?
A series of icons on pinterest to show how my emotional state is after looking at photos of people's dinner or kitchens ?
Pah !!

Ah, but if it is really subtle irony nobody knows if it's irony or not; and they would if it were mauve, which would spoil the whole thing!

But Facebook DOES suffer from that cheery, positive, Pollyanna disease -- to the point where people get angry, envious, and depressed reading it (e.g. see http://www.plosone.org/article/info%3Adoi%2F10.1371%2Fjournal.pone.0069841 ). Maybe the buttons should be "celebrating with you" and "expressing solidarity". Mind you, this whole discussion reminds me sharply of Saki's great "Down Pens" which tackled a rather similar issue a hundred years ago...