The royal baby, the Society of the Spectacle and some adorable old lesbians 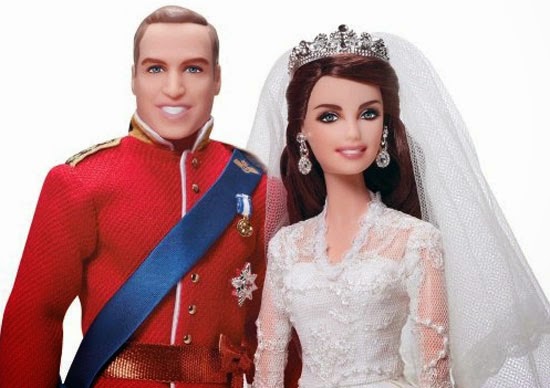 OK, so Kate and William are doing another baby. My immediate reaction is... well, not much, really, but apparently that’s not an option. I blame The Archers.

Allow me to explain. There I was, on a Facebook page devoted to discussing the resilient radio soap opera about sexually incontinent country folk when I raised the question of how the scriptwriters might deal with the news of the forthcoming junior royal. I also wondered aloud whether any character on the soap had ever expressed an opinion relating to the monarchy that was anything other than deliriously obsequious. For example, when the Duchess of Cornwall visited Ambridge (it being that sort of show) not a single soul made any half-jokey remark about how she’d probably murdered Diana, thus rather denting the programme’s claims to verisimilitude. Meanwhile, Linda Snell practically wet herself with delight when she came into vague proximity with the royal consort.

Someone asked whether this meant that I wanted a character to say that it was a terrible thing that a new baby is on the way. Of course not, I explained; any healthy, wanted new child should be a cause for happiness. What I might expect from one or more residents of Ambridge (I’m thinking Jim or Jazza, Pat or Matt) is at least a raised eyebrow at the torrent of media coverage, at once demented and banal, that this pregnancy will undoubtedly attract. I did try to float the idea that the people we know as “the royal family” are in fact characters in a hugely complex soap opera with more than a hint of reality TV, a Truman Show with tiaras. This may have been pushing things too far (and yes, I did drop Baudrillard and Debord into the conversation) but was it not telling that a speech by the general secretary of the TUC about the return of a Downton Abbey-era Britain was interrupted by a newsflash announcing the new tenant in the Duchess’s uterus? And that’s before we get to the timing of the announcement vis-à-vis the Scottish referendum.

“Oh, why do you have to make it so political?” they ask, implying that to question the monarchy is a political stance, whereas to support it isn’t. “You’re just being divisive. Why can’t you just let people be happy for a change?” But the thing is, if we really want something to bring us all together, to make us happy, we don’t need to seize on the fact that two rich people have created another rich person. On the same day the news came through of Kate’s pregnancy, I came across this story, from the Quad-City Times, about two women in Davenport, Iowa, who are finally able to marry each other after a relationship of – so far – 72 years. And that’s what makes me happy (albeit in a slightly choked-up, salty-eyed, I’ll-be-all-right-in-a-moment way). I wonder if they’ll mention it on The Archers. 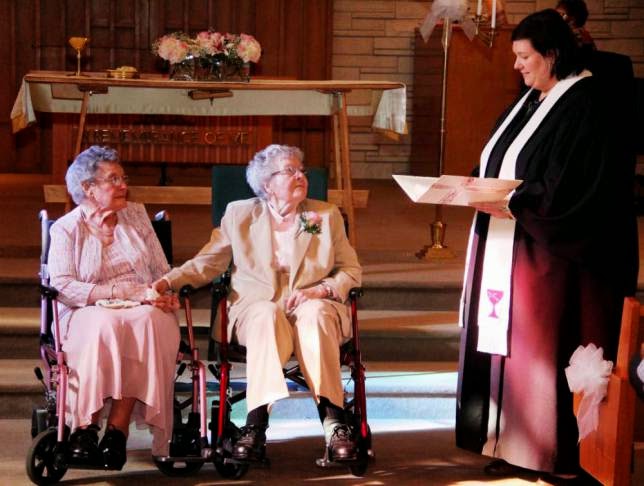 PS: Then there’s this, via Jon Russell: 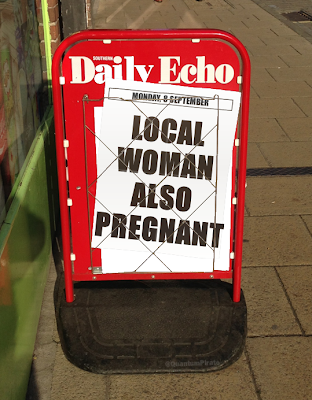 Did you dare - and this would have been an act of political bravado never before witnessed - when discussing the timing of the announcement of the pregnancy in relation to Scotland, Grace Archer?
A simple tale of country folk? I think not! A blatant example of mass media manipulation.
I'm sticking with the Magic Roundabout.

I'll bet you tuppence they don't.

Divisive, Tim? Surely not. I'm happy for the lesbians, too.

The adorable old lesbians got me too. Mind you, there's a fierce political story under the human interest there. That creates that mysterious but essential element called 'depth'.

Not that there's not a political story under the royals -- but it isn't really fierce, and it's nothing to do with the baby.

The Grace Archer comaparison was raised, Vicus. Am currently being waterboarded with a small man in rimless spectacles standing next to me, hissing "what else do you know?"

We can but hope, Richard.

Never have elderly sapphists made me so joyful, Martin.

The political story behind the royals is so fierce, nobody wants to tell it, Valerie. Class has replaced race and gender as the unmentionable difference.