The music press: waiting for Wednesday 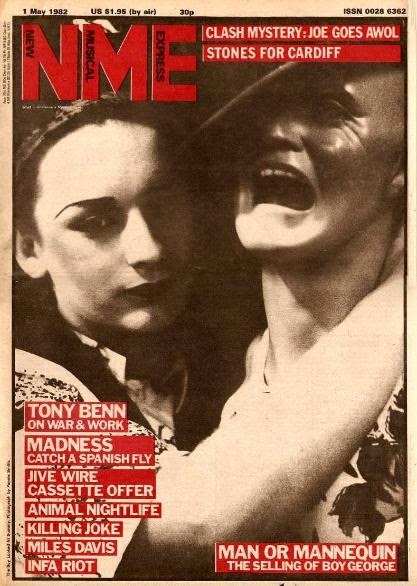 Reading Simon Reynolds’ glorious piece in Pitchfork about the golden era of the UK music weeklies fills me with melancholy nostalgia. His focus isn’t so much on the writing itself, even less on the music that was being written about, but about his and others’ experience as consumers, of waiting for Wednesday, when a whole week’s worth of cultural snow would drop on your head in one analogue chunk. I empathise entirely, although our specific circumstances differed a little: he’s a few years older than me, so for his Burchill/Parsons and the Delta 5, I’d substitute the likes of Biba Kopf, Steven Wells and Nick Cave; and when he remembers WH Smith in Berkhamsted, I’m thinking John Menzies in Petersfield.

Yeah, yeah, I know, Rentaghost and deely boppers, free school milk and white dog poo, let’s ask Kate Thornton what she can pretend to remember. I get Reynolds’s gist, though. Because there was so little information available back then, you had to ration yourself, attempting to eke out your precious NME (other publications were available, but I’d borrow a read of someone else’s) until Friday or Saturday, like an oversized capon; whereas now, you’re constantly bombarded by bulletins and teasers and nuggets and listicles and there’s no build-up, no anticipation, no clock-watching. I also feel a frisson of recognition when he describes passages from the papers that still remain in his memory 30 years on, because he cut them out and saved them and went back to them time and time again. But, as he asks, “Who has time to reread anything these days?”

So, yeah, we’re both of us getting a bit dewy-eyed about the times when the ink stuck to your fingers (literally) and to your head (metaphorically, although I already had the habit of reading with my forehead resting on my hand, so the smears often ended up there as well). On the other hand, Reynolds’ article was apparently published first in The Pitchfork Review, a print publication, which I didn’t even know existed. So if it weren’t for the modern, evil, shiny, short-attention-span, no-time-to-reread, tiresomely clean-fingered online version, I wouldn’t have read the piece at all. And if it weren’t for the phenomenon that killed the Waiting For Wednesday thing stone dead, I wouldn’t be able to tell you about it anyway. Take that, John Menzies in Petersfield.

Somewhere in my Mum's loft is a large box of Sounds from 1977 - 1979. I did buy it for two or three years after that but I was living in places without capacious storage. I apologise now for promoting the career of Garry Bushell

Bushell infuriates me. He's actually a gifted writer and an intelligent man who pretends to be neither for confused political reasons.