Liu Xiabo and the gesture politics of town planning 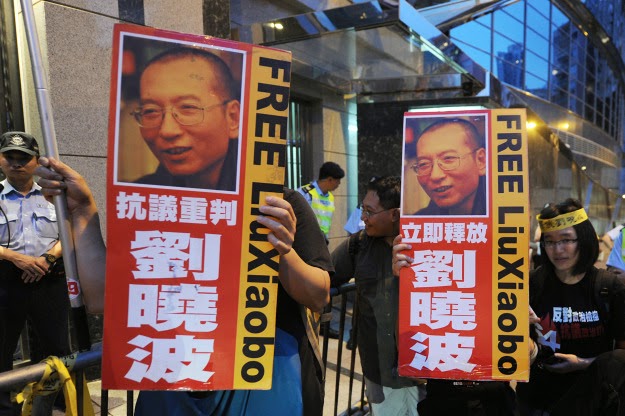 Anyone who yearns for the glory days of the Cold War, when US foreign policy defined itself by unstinting vigilance against the dread perils of Communism, will have had fun this week. First came North Korea’s reaction to a forthcoming Hollywood movie about a plot to assassinate supreme leader Kim Jong-un. “If the US administration allows and defends the showing of the film, a merciless counter-measure will be taken,” said a spokesman for the hermit kingdom, also promising “a gust of hatred and rage.” Then an amendment was made to the annual spending bill of the US State Department, providing for a street in Washington DC to be named after the imprisoned Chinese dissident and Nobel laureate Liu Xiaobo. Not entirely coincidentally, the street chosen is the location of the Chinese embassy.

It’s a childish but effective stunt, reminding me of the time when the Poll Tax was instituted in the UK and local councils renamed their buildings after Wat Tyler (to align themselves with a tradition of popular opposition to centralised autocracy) or Margaret Thatcher (to remind taxpayers whose smart idea it was in the first place). The Chinese response has been less bellicose than that of the Koreans, calling the amendment “sheer farce” and accusing those reponsible of “meaningless sensationalism”. The question is, how is the People’s Republic going to retaliate? The obvious move would be to make a similar change in Beijing, highlighting an American dissident, the most likely candidate being the whistleblower Edward Snowden. But if they really want to needle the Yanks and remind them of the fundamental flaws in modern American society and culture, they need to be a little more subtle. I’m looking forward to residents of Anjialou Road, home of the US embassy, waking up some time soon to find that they’re now living on Kardashian Street.

PS: And yes, it would have helped if I’d spelled his name right in the headline...
Posted by Tim F at 8:09 am