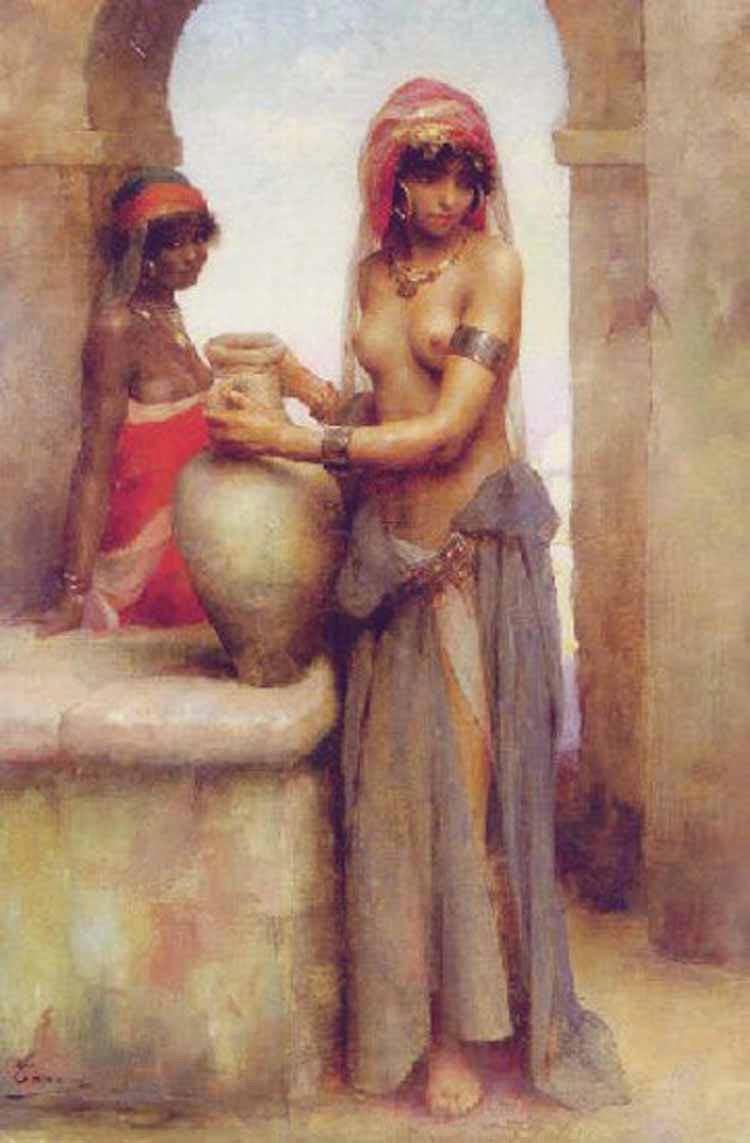 There’s an interesting story nestled away in a Telegraph article about how art dealers have to amend their sales pitches to sell to new markets. It’s nestled because in this brave new Faragiste world the headline has to stress a passing remark about the fact that galleries and museums in the Middle East are less likely to want to buy nudes, which prompts a predictable collective bellow from the swivel-eyed commentariat. Hey, that’s how journalism works now, I do get it, but surely within the trollbait they could have secreted some sort of chinstrokery about how this was belated revenge for 19th-century Orientalism, when artists such as Adrien Henri Tanoux depicted a Middle East that appeared to be populated solely by underclad ladies; enabling respectable gentleman to deploy a quest for cultural enlightenment as a cover story for checking out exotic boobies and botties. The National Geographic defence, we’d come to call it, I suppose. And it’s the heirs to those pillars of Victorian society who are now grumbling in the comment box about these Muslamics coming over here and stopping good, honest Anglo-Saxon absinthe-sipping, opium-puffing bohemian perverts from painting Soho trollops in the altogether.

There is, however, another angle which just about makes the copy, even if it fails to attract the attention of the below-the-line crew. Philip Hooks from Sotheby’s suggests that one criterion a potential art buyer might consider is how damaged and miserable the artist was:

“There are things that happen to artists in their lives which influence the way we appreciate them and the way we appreciate what they produce... Things like unhappy love affairs, attractive muses that they had hopeless attachments to. Madness is very good news actually, but not, strangely, illness. The idea is that if an artist is mad he may be connecting with some great genius inside himself.”

Which is dangerously close to the idea that successful contestants on TV talent shows need to have a compelling narrative, preferably one involving grief and hardship, before we are permitted to enjoy their rendition of a Mariah Carey song. And I’m rather more worried about this than about the idea that some museum in the Emirates won’t buy a watercolour because it’s showing a bit too much ankle.
Posted by Tim F at 8:48 am