In Hakone: part one

(Something odd and slightly unnerving happened a bit over a week ago. You know how JK Rowling claims that the entire storyline of all seven Harry Potter books dumped itself in her head when she was stuck on a train in the Chilterns or the Cotswolds or somewhere else beginning with C? Well, I had a similar experience, but with a vast and rambling blog post that just appeared and wouldn’t go away. However, when I next put fingers to laptop, nothing came out. Maybe I need to move into a cafe in Edinburgh, I thought, which was a bit of a problem because I was in a rather sweet little hotel in Tokyo at the time. So I parked it and thought I’d come back to it. And then Philip Willey tagged me in another one of those deliciously retro meme chases and I thought, OK, I’ll have a go at that first but I couldn’t even do that. It was as if the enormous, throbbing, pulsating wordblob wasn’t content with refusing to enter the world, it was stoutly refusing to let any other thoughts to see the light either. And without delving into tired metaphors about gestating elephants and/or terminal constipation, I realised that the only way to get things shifting would be to do it in chapters. So, anyway. This.)

“A child could have done it.” That’s what they say about modern art, isn’t it? You know who, the saloon-bar sneerers, the ones who don’t know much about art and don’t much like what they do know. The aesthetic wing of UKIP, basically. There are various responses to this, from Susie Hodge’s rather literal-minded contradiction to the Groucho-esque request to find said child. The latter makes the most sense to me: much about great art involves shedding your inhibitions. Yes, if a four-year-old did it, we wouldn’t pay much attention, but for a 40-something to get inside the mind of the four-year-old, that’s impressive.

And in this frame of mind we find ourselves at the Hakone Open-Air Museum, an hour or so from central Tokyo and a brisk hike to Mount Fuji. The bulk of the space is a sculpture park with over 100 pieces covering most emotional states: moving, perplexing, arousing and just plain fun. Kids run around, gawping at the towering, shiny beasts, with a particular fascination for the figures blessed with huge arses. And I’m reminded of my nephew George on his first visit to London Zoo, at the age of three, transfixed by the wobbly great botty of a female gorilla. 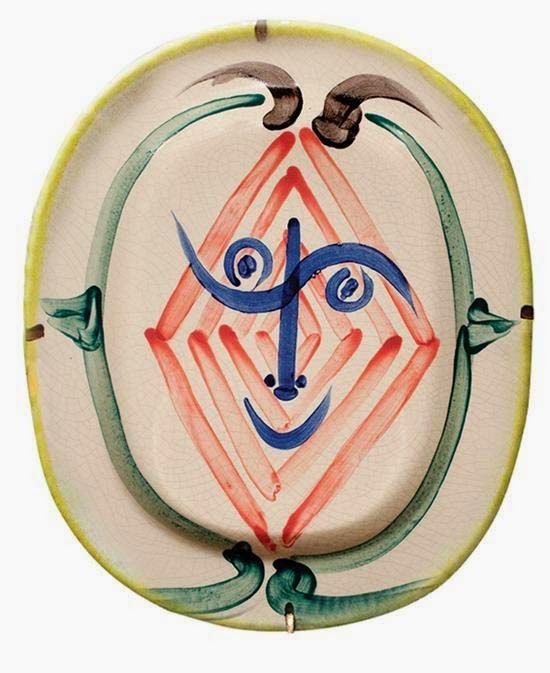 In the centre of the park is the Picasso Pavilion, which holds a pretty respectable collection of the old rogue’s pieces – obviously there are few of the sort of pictures you tend to see on tea-towels but there’s plenty to enjoy. It’s particularly strong on works from his later life – there’s at least one painting from 1972, the year before he died — and includes a lot of ceramics from the 1950s. Several of the plates have images of the fauns that captured his imagination around the time, some of them little more than quickly painted doodles, eyes-nose-mouth-horns-done. In objective terms maybe they’re not that amazing but there’s a cheeky exuberance that makes them endearing. It’s not about knowing they’re by Picasso, and therefore by definition Great Art; it’s that Picasso knows they’re not so important and yet they go out under the brand of probably the best-known artist of the past 100 years and end up in a vast temple to his genius which elevates them from being mere doodles on dinnerware and gives them a sort of subversive charm.

And then I wonder if I’m rather overthinking the whole thing. Would it maybe have been better if the pavilion hadn’t had Picasso’s name splashed all over the side, if I hadn’t known I was going to be in the company of the Great Artist; if, in fact, this had been an extension of the sculptures, many of which I enjoyed, but I’m damned if I recognised or could now recall more than one or two of the sculptors’ names. I start to wonder whether there might be mileage in a museum where the visitor is essentially sight reading, presented with paintings and sculptures stripped of attribution and explanation and context. Here it is. What do you reckon to that? Good? Bad? Indifferent? Is it by Pablo Picasso or Beryl Cook or Anthony Hancock or Nat Tate and does that matter anyway? A child may or may not have been able to do it, but how old do you have to be to appreciate it – and how old are you when you stop appreciating it?

And then, the following day, my dreams come true. Sort of.