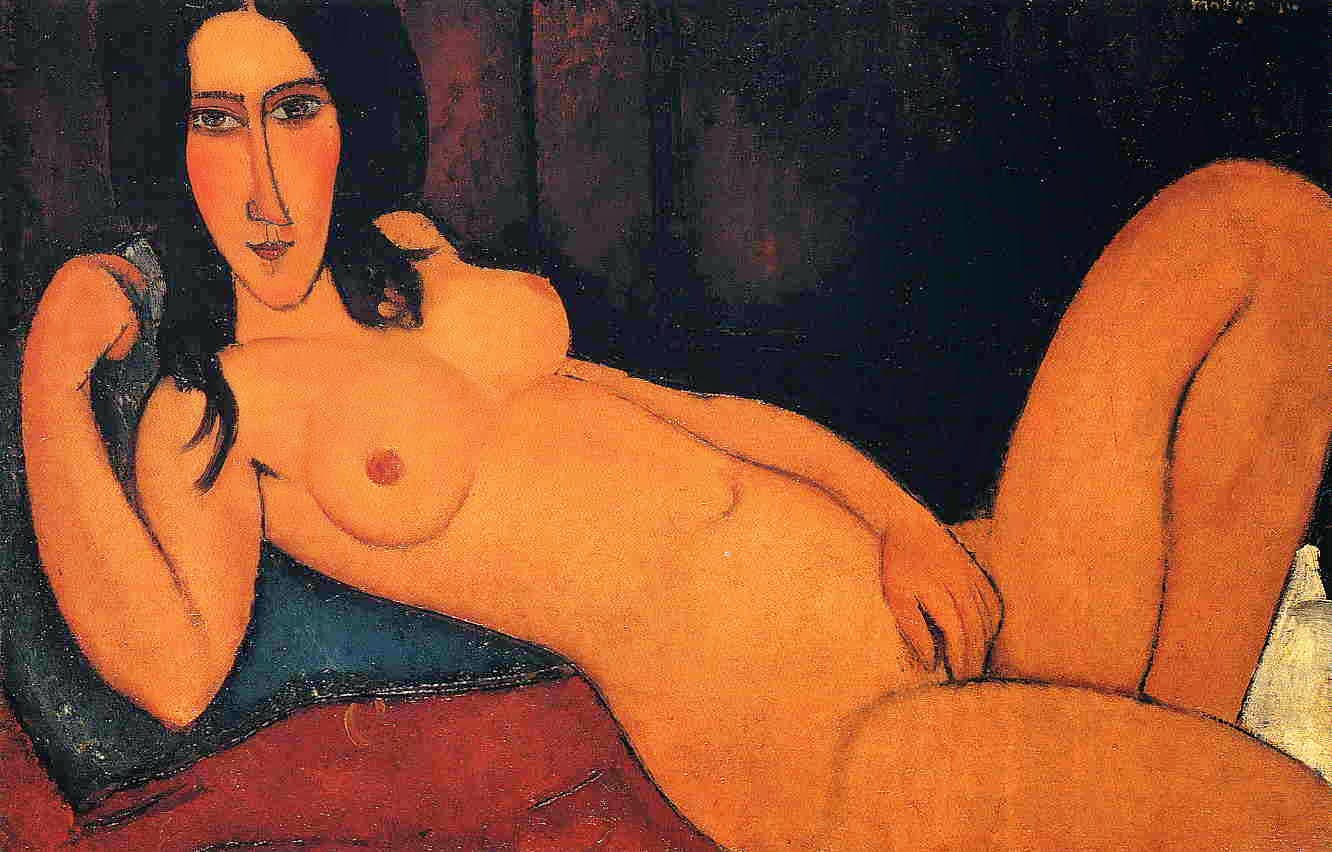 So after an extraordinary dinner (cherry-blossom sushi, anyone?) and a midnight dip in a sulphurous onsen we arise suitably refreshed to attend the Modigliani exhibition at the Pola Museum. It’s a good show, interspersing Modigliani’s own works with those of his friends and contemporaries (including Picasso, who seems to get bloody everywhere in Japan) and tells the tale of a short life that ended in pissed poverty at the age of 35. In fact, the bohemian destitution that informs Modigliani’s paintings casts an inevitable pall over proceedings and you wonder whether it might be better to look at them individually, stripped of the biographical barnacles and the inevitable sense of melancholy that they bring.

Someone at the museum must have been listening because within the permanent collection they have three paintings that are stripped of any identifying material. No artist, title, date or anything. The deal is that you just look at them and consider how they make you feel, almost like a child who’s never seen a painting before. It’s a superb idea which I completely ruin by spotting that the first two paintings are by Kandinsky and Delvaux. And I’m thrown back to my English S-level paper (or was it Oxford entrance?) which included an unseen, unattributed text to which we were expected to respond; I spotted immediately that it was by Ben Jonson and throughout the whole exam I was debating whether to drop that fact casually into the answer to show off what a clever bastard I am or not mention it because if I did that would suggest I’d prepared for something that was meant to be spontaneous. I can’t remember now what I did in the end. And I didn’t get into Oxford.

But not for the first time, I’m stuck in a paradox, wanting to learn more but wishing I knew less because to be honest it’s often more fun that way. The third mystery painting, incidentally, turned out to be by a Japanes surrealist called Koga Harue, of whom I’d never heard and whose stuff I’d like to investigate more — although I guess that means I’ll find out just that little bit too much and the fun will wear off again. I suppose we’re going back to the notion of innocence, an idea that’s fascinated me since a brilliant man, since departed, explained Blake to me by means of reference to the last chapter of The House at Pooh Corner:


Then, suddenly again, Christopher Robin, who was still looking at the world with his chin in his hands called out, “Pooh!”
“Yes?” said Pooh.
“When I’m — when — Pooh!”
“Yes, Christopher Robin?”
“I’m not going to do Nothing any more.”
“Never again?”
“Well, not so much. They don’t let you.” 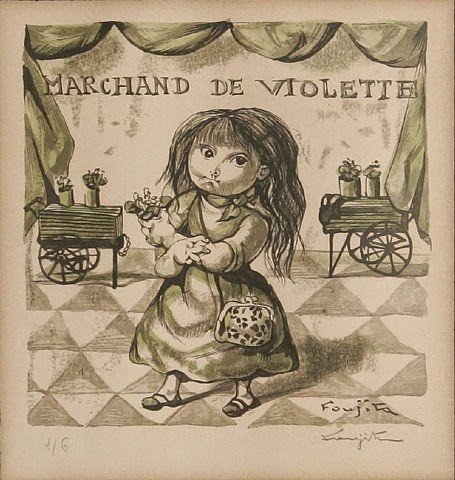 Of course, childhood and innocence aren’t one and the same. The Pola also contains a number of pictures by the European-based Japanese artist Léonard Foujita, a friend and contemporary of Modigliani who outlived him by nearly 50 years. Some of his most startling works involve children, who are depicted somewhere on the continuum between cute and evil, like possessed Kewpie dolls. Several of the pictures are downright disturbing, although not in the same way that the sexualised nymphets of Balthus disturb, in a show we visit when we get back to Tokyo. But that’s another story.

And I start wondering whether Foujita’s depictions of childhood – and indeed of France — might have a special resonance in Japan. But maybe that’s because I know where we’re going next.

I am very envious of your Japan trip. Is it really astronomically expensive, or merely extortionately expensive?

That is a lovely and unusually stacked & curvy Modigliani. They usually look a bit consumptive. 35 though... how sad.

Quite a lot of galleries seem to remove captions these days (eg the Gagasion galleries.) I find it a bit frustrating. I like knowing who painted it, when they painted it, what it's called, and what it's made of...

As far as I could judge certainly no more insanely pricey than London or Paris - and in some respects cheaper. Of course there are batshit expensive restaurants etc but the quality of everyday food (eg noodles, curries, etc) is so good that you can eat very well for relatively little.

The Japanese seem to be very into cultural self-improvement (for its own sake, not as a means of showing off) so there are lots of explanatory doodads in galleries. The unlabelled pics were quite a culture shock.