Take that, Pat Boone: Daft Punk at the Grammys as a response to American cultural hegemony 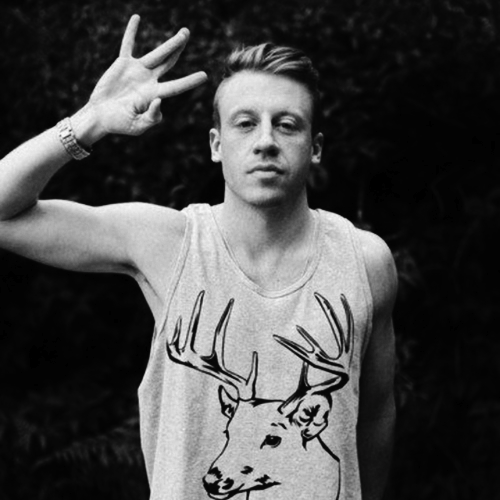 Carl Wilson at Slate makes some interesting points about the racial ramifications of the Grammy Awards a few days ago, one headline fact being that Macklemore, who is a Caucasian gentleman I believe, won three awards in various rap categories. Does this matter? Should this matter? Most worthwhile American musical forms of the past 100 years or so, bar country, have their roots in African-American culture yet we no longer see musicians such as Elvis Presley or Bill Evans to be weird freaks of nature, so I don’t really understand why Macklemore or Eminem should be any different; nor why Miley Cyrus should be accused of appropriating twerking as if no white girl has ever stuck her bum out before ever ever ever. Wilson seems relatively relaxed about all this; where I do part company with him, though, is his description of Daft Punk’s performance of song of the year ‘Get Lucky’ as “a veteran white group playing retro-styled black dance music, with African-Americans as side musicians.”

Really? What I saw was three respected and successful black performers, Pharrell Williams, Nile Rodgers and some new kid called Stevie Wonder, acting as the acceptable, telegenic face of the music while the nerdy white boys hid in the shadows/in the control booth/under their helmets. In some ways in can be seen as an inversion of the situation in the 1950s, when tedious crackers such as Pat Boone sang neutered versions of songs written by Little Richard and Fats Domino; as if Daft Punk have internalised the notion that black performers such as Kanye West possess a certain inherent credibility to which Macklemore can never aspire. That desirable limited-edition Nike is now on the other foot.

But maybe I’ve got this all wrong. Maybe Daft Punk really are demonstrating their control, in a deeply passive-aggressive sense, by having the three black guys dancing (literally and metaphorically) to their tune. In which case the scenario is still essentially subversive, but from a geopolitical standpoint rather than a racist one. The two full-time members of Daft Punk are French: Williams, Rodgers and Wonder are all American – unless being black suddenly gives them a free pass, which in the light of the current POTUS’s background would seem a little peculiar, to be honest. What Abba and Kraftwerk never quite managed, de Homem-Christo and Bangalter have achieved, wresting control of modern popular music from the Anglosphere. Giving a bunch of surrender monkeys the gong for a performance on which the Yanquis act as hired help is akin to awarding the Pulitzer Prize to Gérard Depardieu for a conceptual art piece that involves him force-feeding John Wayne with camembert and snails. I would have thought that Wilson, as a Canadian, might have spotted this and celebrated it.

Never mind, though. It’s still a good tune. Oh look, Mötley Crüe have split up.
Posted by Tim F at 8:08 am

I will be sharing this.