Race in Asia: shades of beige


I haven’t written very much about the current brouhaha in Thailand because the whole thing’s at once too deadly serious – a battle for the very soul of an entire nation – and too bloody silly – uh oh, Frankie Valli just cancelled his Bangkok gig sceduled for Wednesday. But I was tickled by this stand-off last week between John Sparks of Channel 4 and Dr Seri Wongmontha, or “the flamboyant Dr Seri” as it’s almost obligatory to describe him, a supporter of the anti-government protests. It’s all entertaining stuff, with a sort of ramshackle panache that would enliven Western political debate immeasurably. But once the duel was over, Seri apparently addressed his adoring fans thus:

Do they think we’re stupid? It’s proven people with yellow skin are smarter than people with white skin... Thais who study abroad get better marks than their classmates.

Well, that’s unpleasant, although I suspect the good doctor is simply expressing what a lot of people in these parts think. The problem is that his reference to yellow skins (implicitly those of Chinese ancestry, albeit sometimes at a remove of several generations, and overwhelmingly the sort of people who tend to study abroad) bestows this supposed genetic superiority on the Bangkok elites while potentially excluding the far darker-skinned rural Southerners who have provided much of the heavy lifting for this month’s attempted shutdown. And since the organisers are attempting to stamp out the notion that the protests are all about maintaining class privileges – despite some of their most ardent supporters going off-message when there’s a microphone in front of them – that’s a bit awkward.

But hey, it’s not just Thailand that’s got caught up in a bit of hey-aren’t-foreigners-a-bit-rubbish? embarrassment. Thanks to Richard Lloyd Parry for directing me towards this gem from Japan:


PS: And this, by Patrick Winn, is another good take on the class aspects of the struggle for Bangkok’s streets.

PPS: Oh, it’s all coming up now. This, from China, courtesy of James Crabtree. It’s the line drawings that are particularly noteworthy: 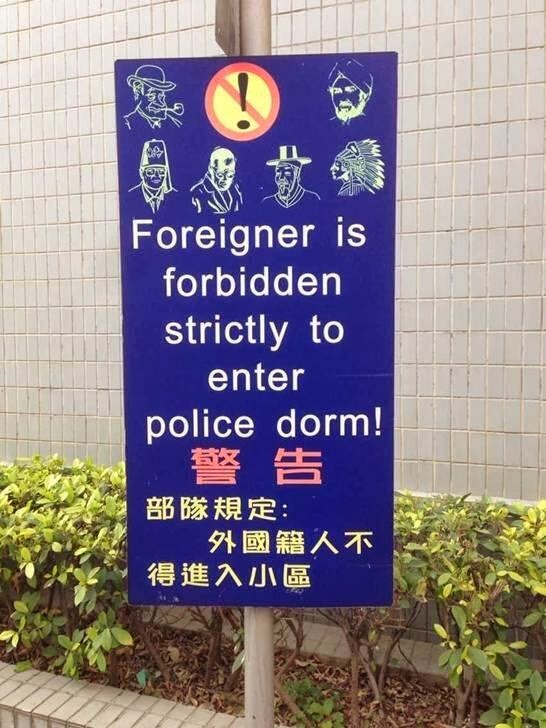