Soylent: all you can eat

Science fiction, of course, remains so until it becomes fact. Which is why it’s such fun to revisit the predictions that Isaac Asimov made in 1964 about what life would be like 50 years hence – which is now, of course (thanks to Richard for the pointer). I was particularly interested in his notion of truly instant meals, which are finally coming to pass in the form of Soylent. Rob Rhinehardt’s invention takes its name from a soy/lentil blend described in Harry Harrison’s dystopian novel Make Room! Make Room! (published in 1966) so one could argue that Asimov’s idea predates the fiction, let alone the science; although one could also see as a model the meal-substitute chewing gum – tomato soup, roast beef and blueberry pie – that does for Violet Beauregarde in Charlie and the Chocolate Factory (1964, the same year as Asimov’s think piece). Incidentally, the inclusion of processed human flesh in the Soylent blend wasn’t in Harrison’s book – it was an invention for the 1973 movie Soylent Green. But I’d still be intrigued to find out who was behind the brand name and what their reasoning was; it’s certainly attention-grabbing but not necessarily in a good way. Death cigarettes, anyone? Touching Cloth? 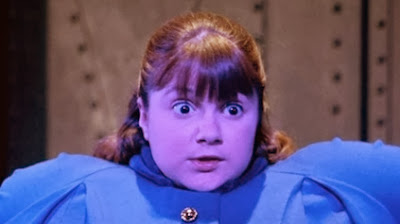 Geekery aside, Soylent does make us think anew about food. While the low cost of the product has potential humanitarian benefits, it’s clear that Rhinehardt’s prime market will be those who aren’t really that bothered one way or other about the pleasures of eating and need fuel rather than gastronomic titillation. Which strikes me immediately as barbaric, although on reflection it’s just a personal preference. Some people really aren’t bothered one way or another about music or art or books either, which I find deeply weird, but each to their own. I guess they find my ambivalence about cars and guns and golf equally peculiar. The difference is that if I avoid golf for a year it won’t kill me; the gastronomic agnostics still need to consume calories, even if the process doesn’t bring them pleasure.

Maybe the odd thing is that eating is the only function that’s vital to human survival that we’ve turned into a source of pleasure; we don’t have glossy magazines or high-concept TV shows dedicated to breathing or defecation or the circulation of the blood. (I suppose sex is still a necessity for the human race as a whole but on an individual basis it’s quite feasible to opt out.) And while the idea of a cheap, non-perishable source of nutrition is clearly attractive, I can see a rapid transition to a state of affairs where the social, communal pleasures of food are fenced off as a non-essential, reserved for those who can afford them. I mean, we could get rid of all these politically inconvenient food banks and just hand out Soylent instead.

Or we could just eat people after all. 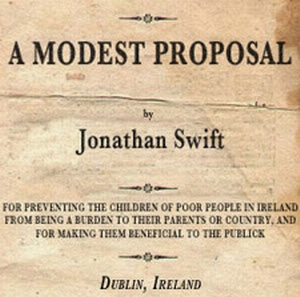 These days you can "grow" your own meat with a 3D printer. I thought meat glue was bad enough. I hope to never have to partake of lab grown meat but if it helps resolve world hunger, I'm all for it. I believe that the human race will evolve to take in nutrition some other way, more like plants. Eventually we'll evolve into a mouthless species,using telepathy to communicate, and leaving more room for our eyes to evolve into a size more conducive to using our technology. Then we'll all climb into our flying machines and take off to another planet.