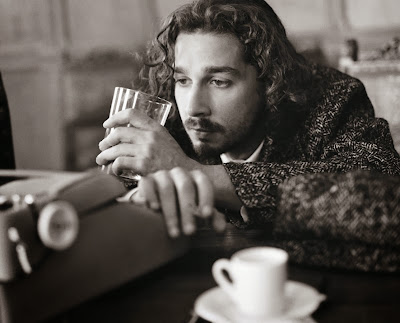 Dull actor Shia Labeouf has suddenly become a teensy-weensy bit more interesting by apparently copying huge chunks of a book by Daniel Clowes into his latest film. Brilliantly or otherwise, he then compounded his crime/mistake by copying his Tweeted apology from a comment on Yahoo Answers; before finally, bathetically acknowledging, “I fucked up.” Which isn’t terribly original either.

Is he brazenly arrogant or utterly clueless? Or is this some weird, counterintuitive method of publicising his movie, like Joaquin Phoenix being strange on Letterman? Of course, Labeouf could have copy-pasted the argument of the German author Helene Hegemann, who – when it was discovered that a noticeable chunk of her novel Axolotl was lifted from someone else’s blog – declared, “There’s no such thing as originality, just authenticity.” I’m sure she wouldn’t have minded. Much.

PS: Further evidence that this is all some sort of bad conceptual joke.