The blog is not dead, it’s just Peter Capaldi

I am informed – via Facebook, of course, because that’s how it works these days – that the blog is dead. Even more dead than when it died a couple of years back. Except of course that it isn’t dead at all; for one thing, the obituary that brings the news appears to be a blog of sorts. Less a death, more a meme thing, or maybe a Who-style regeneration:

So, R.I.P. The Blog, 1997-2013. But this isn’t cause for lament. The Stream might be on the wane but still it dominates. All media on the web and in mobile apps has blog DNA in it and will continue to for a long while. Over the past 16 years, the blog format has evolved, had social grafted onto it, and mutated into Facebook, Twitter, and Pinterest and those new species have now taken over. No biggie, that’s how technology and culture work.

I suppose it’s just the same as arguing that the e-book will never really kill the book, because without the book there would never have been e-books. The difference is that none of us were around when books first crept their way into existence but we now see whole technologies – and the cultures they spawn – born and dying within a matter of years, months even. And it feels as if Doctors used to last longer in the old days as well. Well, some of them. 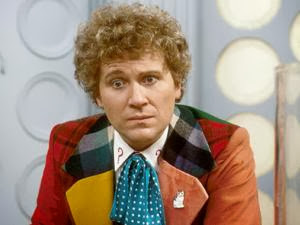 Damn. Why could you've not said something sooner?

It's me isn't it? All those missed deadlines and late posts.

But - Happy Christmas and all that sort of stuff from over here to you both over there.