Crazy Rich Asians and the irrelevance of getting things right 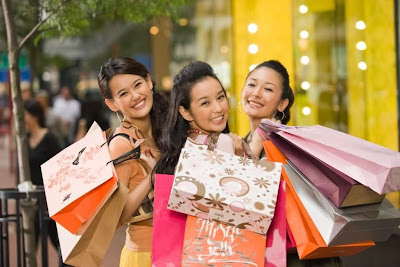 I’m not certain how accurate the recent story was of one Tao Hsiao, who supposedly killed himself after enduring a five-hour shopping marathon with his girlfriend. I mean, I’m sure the poor guy died, but there’s just something too neat in a narrative that has someone’s last words being “don’t you have enough shoes already?” before he leaps to his demise from the seventh floor of a Xuzhou mall. It encapsulates so much that we feel about consumerism and gender and above all the social and economic changes that have overtaken China in the past few decades that it feels more like an urban myth than a random slice of domestic tragedy.

On one level, I suppose Crazy Rich Asians, by Kevin Kwan, doesn’t warrant such scrutiny, since it admits to being a work of fiction. (Incidentally, I only came across it because of a review by my dear friend Leyla Sanai, who I’ve never actually met, as is the way of friendships lately, and she’s been a bit poorly lately, so please send her all your love and good vibes.) As the title suggests, it’s a satire about a group of fabulously wealthy ethnic Chinese and there’s good fun to be had in the clash between brash ostentation and what we might once have had the confidence to define as good taste, a battle that’s going on throughout the Sinosphere. As I type this, I’ve got in front of me the menu for a Bangkok restaurant that lists scallops done three ways, incorporating the holy trinity of culinary flash – caviar, truffles and foie gras – on one plate. Maybe it works, maybe it tastes great; but ultimately that doesn’t matter as long as you’re eating something most people can’t afford. There’s a certain degree of richness beyond which you’re allowed to get things totally wrong – factual goofs, not just aesthetic solecisms – and nobody’s going to point it out. This is where I roll out my story about seeing a group of high-rolling Thai-Chinese businessmen ordering the most expensive claret on the list and dropping in ice cubes.

Back to the book. Hey, I understand how irony works and I understand that what characters say and do and think may not reflect the attitudes of the author. As you’re probably only too aware, American Psycho is one of my favourite novels, and I know that when Bateman misattributes songs by the Ronettes and the Rolling Stones we’re meant to be in on the joke. But you can’t always assume that. If one of Kwan’s characters says that a hotel is nine blocks from Piccadilly Circus tube, or that someone’s double-majoring at Oxford, should we chuckle because these silly Asians, no matter how rich they are, don’t know how British cities or British universities work, maybe because they’re too rich to have to care? Or should we hope that for his next book he gets himself a better editor?
Posted by Tim F at 7:08 am

I could say something snooty about Americanisation, but the reality is that US terminology is accepted as the standard. My family in India say 'Mom' and 'cookie' which tells me the British legacy was bureaucracy, cricket & afternoon tea.
Sadly, not the language.

Yes, I know what you mean but this goes beyond terminology. Obviously you can eat a biscuit in London and call it a cookie, just don't expect me to buy you tea at the Ritz. But what happens if you walk "nine blocks" from Piccadilly Circus tube? You can't, because there are no blocks in a generally agreed sense – London simply isn't designed that way. It's not an alternative way of expressing a thing that exists; rather, it's an expression of something that doesn't exist.