Seeds of Greatness. Or otherwise... 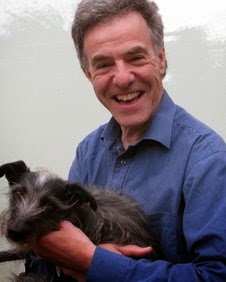 And so I find myself reading Jon Canter’s 2006 novel Seeds of Greatness, for no other reason than it having been there. Actually, that’s not quite true. I picked it out of the pile because something about the author’s name set off a tiny, metaphorical bell. For the briefest of moments I wondered if he might be someone I knew from university, or with whom I’d worked at some point. And then I checked out the spiel inside and, yes, of course, it’s that Jon Canter who writes stuff, for Lenny Henry and Fry and Laurie and Smith and Jones and that lot. There’s a photo of him in the biography of his university contemporary and sometime flatmate Douglas Adams; he co-wrote the latest Liff book, but presumably only because Adams is dead. So that’s it. No, I don’t know him, just the name. He’s hero’s best friend, Joan Cusack meets Beau Bridges, nominee (but never winner) for the supporting actor Oscar, wind beneath various people’s wings, destined to pop up in the biographies of several dead comic writers and performers without ever warranting a biography himself. Of the five plugs on the cover, two are by people he’s worked with. That’s how it works, people. Still, he looks happy, doesn’t he?

Of course you should never read too much of the author’s life into fiction but really, come on. The narrator, David Lewin, was born and brought up in the Jewish bourgeoisie of north London, went to Cambridge and ended up living in Suffolk with an artist, all of which are also true of Canter. It’s not really a roman à clef, though: while Canter went on to a successful, if not showy career in comedy, Lewin ends up working in a bookshop, his only connection to glitz being his childhood friend Jack Harris, who becomes a hugely successful chat-show host. After Harris dies, Lewin is commissioned to write his biography and much of the plot is effectively a flashback as he tries and fails to fulfill his commission. There’s a crucial moment when he has the chance to write material for Harris’s comedy club act but spurns it; could this be an alternative reality, Canter wondering what might have happened had he not seized one particular opportunity?

The inevitable temptation is to try to fit the fictional characters to real faces; for example, is “the ranting Scots stand-up Tam Vietnam” who reinvents himself as legit actor Clive Duncan really Craig Ferguson, formerly Bing Hitler? And while Harris himself comes over as some sort of Jonathan Ross/Chris Evans hybrid, there are also elements of the all-but forgotten Jack Docherty; Harris is eventually usurped by a gobby gay Irishman, just as Docherty’s star was eclipsed by his stand-in Graham Norton. Ah, the days when people cared about Channel 5...

It’s a good but not a great book; it all ends too neatly and there’s a definitely tinge of Nick Hornby/Tony Parsons-style bloke confessional to it (and Parsons himself is responsible for another of the glowing acclamations). But it did make me thing about how we judge our own successes or failures against those of our contemporaries. Does Canter, respected as he may be in his field, that he’s somehow in the shadow of Adams or Stephen Fry or Rowan Atkinson? Maybe, maybe not; more importantly the reader’s response to the characters’ varying fates inevitably refracts into self-contemplation. Yes, I admit to feeling a gentle pang of inadequacy when one of my contemporaries gets his own TV show or wins an Emmy or inhabits a Dalek or fronts a globally successful rock band. But at the same time am I flattering myself to wonder whether my own very modest successes (a few books published, the odd bit of telly, a Wikipedia page even) ever prompt similar pangs in others after some ill-advised nostalgia-Googling. Who is the most successful person I’ve known? And the least? What are the criteria? Who decides? I mean, it’s very nice to write a book, but isn’t it better to have one written about you? Even if you have to die first, of course.

(This is a picture of me in 1989, when I should have been planning my career, or at least revising for my finals. Maybe my books would have sold better if I’d done that. Maybe.)

PS: Two snippets from the book that particularly appealed to me, on a purely solipsistic level. One sums up everything you need to know about restaurant reviewers: the teenaged Jack and David are bunking off from Yom Kippur and nip into a restaurant.


Jack complains to the waiter that his kidneys are ‘overcooked’. He bisects one with his knife, exposing a pinkish tinge. ‘Look, it’s bloody.’
‘You mean “undercooked”, sir.’
Jack, the little big man, stares at the waiter with the full force of his ignorance.
‘What am I, a chef? Take them away and bring them back when they’re different.’

And the second is the description of the discreetly gay father of the narrator’s on-off girlfriend: “a bald man with invisible floppy hair.” I’ll take that.
Posted by Tim F at 2:56 pm