At first glance, Bob Stanley’s Yeah Yeah Yeah: The Story of Modern Pop appears to follow the script that was laid out for all-encompassing histories of popular music when Charlie Gillett wrote The Sound of the City back in 1970. It’s pretty much chronological, give or take a bit of to-ing and fro-ing as specific genres, demographics and geographies are taken into account. Rockabilly, skiffle, doo-wop, the British blues boom, deep soul, glam, check check check.

But look just a little deeper and Stanley’s wry subversion becomes apparent. Yes, he’s got his facts right, although a couple of times he appears to get Jeff Beck and Jimmy Page confused; but his choice of emphasis, an occasional turn of phrase, work to challenge the orthodox, slightly blokey, BBC2-documentary, Rolling-Stone-endorsed myth. It’s a bit like one of those dreams where everything is normal and mundane until you go to work and someone you last saw at school 30 years ago is sitting at the next desk and the actress Penelope Wilton is the tea lady although your office doesn’t really have a tea lady but nobody says anything and you only properly realise how weird the scenario is when you wake up. Stanley downgrades sacred cows, sprinkles in delicious droplets of arcane trivia as if he’s hosting the best pub quiz on the planet and pulls things together with analogies and metaphors that are erudite and apt but never feel as if he’s showing off. For example, over a few pages of the chapter on Jamaican music he gently chides those who categorise all musics from the island under the catch-all term “reggae”; suggests that the success of Bob Marley was rather more of a music industry confection than we might have assumed; informs us that three of the biggest Jamaican hits of 1969/1970 had overdubbed strings by the guy who wrote the theme for The Double Deckers; and brilliantly encapsulates the rivalry between dub titans King Tubby and Lee Perry, defining the latter as “...a skinny four-foot-eleven character with a penchant for ‘I’m mad, me’ self-promotion who played Salvador Dali to Tubby’s André Breton.” 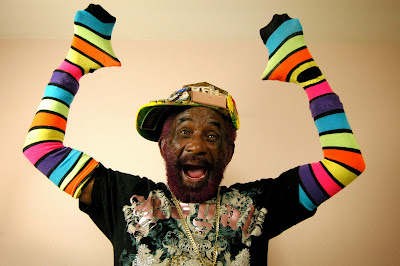 It’s slightly unfortunate for Mr Stanley that the release of his book has been a little eclipsed in the hype stakes by Morrissey’s autobiography but together they offer an alternative perspective, one that’s as happy alluding to the Surrealist pioneers as it to namechecking dead blues guitarists and defunct record companies. Stanley and Morrissey, in their different ways, adhere to a narrative that isn’t picked up at the front of a gig or in the back of a tour bus (Stanley is also a musician and yet I’m guessing indie synthpoppers St Etienne haven’t trashed that many hotel rooms) but in attic bedrooms and second-hand record stores, in the pages of fanzines and doodled lyrics when you should be doing your homework. I’d perhaps take issue with the title; it’s not The Story, it’s merely A Story, and like all alternatives, if it were ever to become The Story it would lose its reason to exist. But it’s a good story, one that deserves to be told, and Bob Stanley is the right teller of the tale.
Posted by Tim F at 8:04 am