Warhol and what artists do

Is everything that an artist does, by definition, art? And is everything that Andy Warhol did A Warhol? The question arises as some photos that he took in the last 10 years of his life come up for auction; Warhol certainly created them, which is more than you can say for some of his prints. But he never intended them to be displayed in a gallery so are they really his artworks or are they just Andy-related ephemera (Warholiana?), akin to one of his wigs or a pair of his underpants? 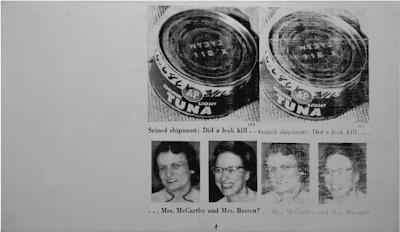 Far more Warholian is something with which he had no conscious involvement; a webcam giving a 24/7 overview of the fact that he’s still dead. Now, he would have loved that; rather than rifling through his posthumous effects, shouldn’t we be wondering how he would have reacted to 2013? Surely he would have seen the grim aesthetic potential in the massive fatberg found in a London sewer, just as he made art out of car crashes and botulism-infected tuna? Or the dead shark on the New York subway (life trumping that mini-Andy Damien Hirst) or just bloody Miley bloody Cyrus bloody twerking (I can see it in multiple colour schemes, à la Marilyn). And, oh God, can you imagine Andy on Twitter? (I mean, there’s this, but it’s not really the same, is it?)

That said, I suspect the later Warhol, who tended to enjoy hanging around with people who were rich and powerful and famous rather than interesting, might have been a little less enthusiastic about the latest unofficial portrait of Putin and Medvedev. 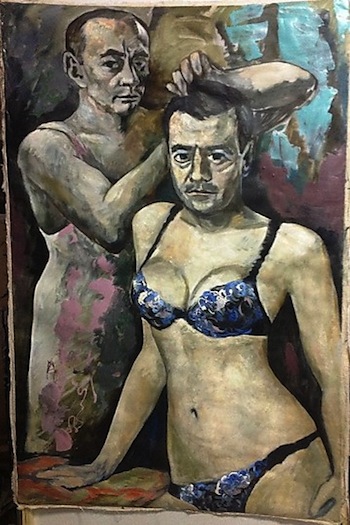 I liked something GSE mentioned about meeting a famous Scottish artist at a dinner party who loftily referred to his 'archive'. Warhol's photos would probably be classified as his archive. (I like the idea of an archive. My embarrassing teenage diaries and wonky snaps on Flickr?)

That painting story is funny. It's like the kids at school throwing something at the bully then running to lock themselves in the toilet. Do you think it's possibly a comment on the suppressed cause of his homophobia?

By that logic, though, you don't need to be an artist to have an archive. Helps to be famous, though. Remember Benji the Binman? He was an archivist of sorts.

And Putin's barely suppressed. What's the Russian for gaydar, I wonder.