Triumph of the Will (Self) 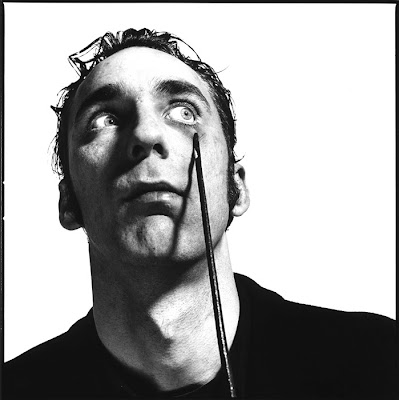 I am in several minds on hearing the news that Will Self – bearer of the world’s most Nietzschean name – is to take up a post as professor of contemporary thought at Brunel University. First of all it’s a brave gesture of support towards the notion of what a university really should be, an earthy v-sign to the Gradgrindian, box-ticking notion that a degree is nothing more than a preordained step on the ladder between school and a job. As described, Self’s proposed role crosses disciplinary boundaries, trampling over that lazy, banal excuse for ignorance: “Oh, we haven’t done that.” At the same time, I’m pretty sure it’s something of an attention-grabbing gimmick on the part of the university, sprinkling a little celebrity glitter – erudite glitter, but celeb-flavoured nonetheless – over their next prospectus.

Will Self is still breastfeeding on the 9/11 commission report. He's part of the old guard and will be washed away when events prove him to be naive and so embedded in the establishment he's unable to sit down and process the data.

I am almost tempted to apply to be one of his students.
And very nicely written Tim.

I love him. He seems like such a nice man. But also jealous. It sounds like one of those jobs where you get to write your own job description.

I missed the Parkes Lecture he gave at University of Southampton, unfortunately. Friends who attended, claimed it to have been an extraordinary event.

CF: Maybe he’ll do a course entirely on foil hats and the etymology of the word "sheeple".

Thank you, Vicus. It is tempting isn't it? I wonder if he'll wear a gown.

Yes, it does sound a bit jammy, doesn't it, Annie? Maybe I could persuade Brunel to pay me to sit around in my pyjamas drinking brandy and watching Boardwalk Empire.

That does sound great, Martin. I certainly prefer his psychogeographical stuff to his fiction, which never quite works for me, except maybe for Dorian. His food writing's pretty good as well.

Reliable whistleblowers on the Project Camelot Forum (George Green specifically) before it went south informed us the term Sheeple originated from the intelligence services when discussing that huge demographic chunk that believes what the corporate media tell them.

Sheeple shearer is my job title.