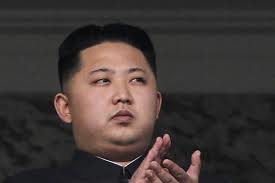 Kim Jong Un, the newish leader of North Korea, died a few days ago, shot dead in his bedroom. And then he un-died, as it became apparent that this was just an internet rumour that began in China and was then amplified by Twitter.

It was just confirmed that Patrick Bateman’s favourite female singer Whitney Houston has died. But for a few minutes her death was a Twitter rumour, confirmed, denied, buffeted by scepticism. Social media has created a brief phase when all celebrities (Is KJU a sleb? I guess he must be.) are potential Schrödinger’s cats, at once dead and alive and all things in between. 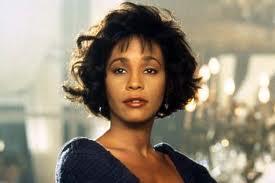 PS: The Great Successor may have survived the virtual gunfire, but he never had Serge Gainsbourg make a pass at him, did he?
Posted by Tim F at 1:27 am

Given the choice, I wonder whether KJU would prefer virtual bullets to virtual bollocks.

I didn't even hear that KJU rumour. Man, I would have enjoyed that while it lasted.

Ah, I got past word verification that time. I have no idea why.

Some tried to tell me that Jimi Hendrix was dead. Time to roll another joint, I thought.

I keep missing this rumours...