It’s all about meme meme meme

As AnnaLittleRedBoat suggests, the blogosphere isn’t – notwithstanding the haters – dead, but every now and then you do wonder whether it might be a bit kinder to whack it over the head with a shovel. (Whether or not it’s still social media or not I’ll leave to Patroclus.) Who remembers how it was in the olden days, like 2007 or something, when Amy Winehouse was always in the News of the World and we bloggers used to exchange memes? Well the dangerously brilliant and devilishly cute Annie Bookcrossing Slaminsky has deposited a new one in our collective digital lap. Feel free to pick it up and run with it:

1. Movie you love with a passion.
Casablanca. For all its flaws. Damn it, because of them.

2. Movie you vow to never watch.
That new Planet of the Apes thingy. The trailers seem specifically constructed to dissuade me.

3. Movie that literally left you speechless.
Festen. The whole audience stumbled into the light, as if we’d all been kicked in the face for the duration of the film.

4. Movie you always recommend.
Tampopo, because everyone who watches it feels hungry and frisky at the end, and they can’t decide which urge to satisfy first, which is a pleasant dilemma to have.

5. Actor/actress you always watch, no matter how crappy the movie.
A whole load of British character actors, especially those who were good at underplaying; let’s say Denholm Elliott. No, John Le Mesurier.

6. Actor/actress you don’t get the appeal for.
Jennifer Aniston. I don’t even get her hair. 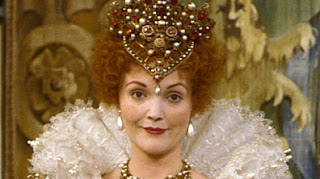 9. Dream cast.
The Misfits was a pretty good combination, although most of the actors had at least a toe in the grave.

13. Chick flick or action movie?
Action movies can distract you from their essential crassness with a big explosion or the like. Chick flicks can only deploy yet more crassness.

15. Black and white or color?
Black and white; specifically, black and white films made from about 1960 onwards, when going mono became a conscious decision rather than a default position. (Whistle Down The Wind, The Manchurian Candidate, Who’s Afraid Of Virginia Woolf, Branded To Kill, The Last Picture Show, Eraserhead, Manhattan, Down By Law, Clerks, Ed Wood...) 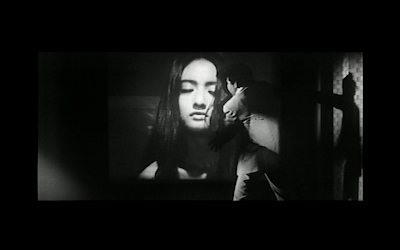 PS: Only just realised that I missed out question 11, which is:


Favorite movie setting
The Dali-designed dream landscape in Hitchcock’s Spellbound. I’m not a huge fan of Dali’s paintings, to be honest, but this makes me wish he’d done more set designs.
Posted by Tim Footman at 6:55 am

I think anything I write, given that I watch films mainly to escape from reality, will look silly compared to your list.

Good call on Miranda though. She is well sexy, isn't it.

I like your black and white answer better than my answer.

(re earlier comment) Not that that's ever stopped me in the past. I shall do it next week.

This post depresses me. You obviously know more aboout films than I will ever care to even try.
Gonna give this list a try anyway...

Downloading Tampopo, Manchurian Candidate and erm Torchwood as we speak (erm as I type). Vive L'internet. If they're rubbish I shall taunt you.

Make sure it's the original MC (with Sinatra) not the entirely superfluous remake (Denzel Washington). Or I won't be held responsible.

You (and Dave) have got me at it now... it's a long job for anyone as chronically indecisive as me!

Tampopo is worth watching for the barely legal oyster in the hand scene. Very naughty.

I also laughed out loud at the dentist scene with the exploding abscess.