Is this the way they say the future’s meant to feel? 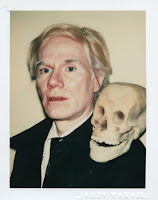 Andy Warhol, in addition to painting soup cans and movie stars, and making extremely long films, and getting shot, and generally being Andy Warhol for a living, was nominally the manager of the Velvet Underground in their early days. However, it’s probably fair to say that his duty of care to the degenerate art rockers was no more hands-on than his attitude to production of his art (which, once he’d had the idea, was often undertaken by his acolytes). In one interview around that time (1967-ish), he admitted that the band members didn’t actually get paid for their labours. “But how do they eat?” asked the journalist, aghast. “Um, well, they go to a lot of parties,” deadpanned Andy.

This came to mind a few days ago, when a marketing guy from one of the big riverside hotels in Bangkok asked me if, in my sometime capacity as a food journalist, I’d like to come over and sample the delights of the Italian restaurant there. I said I’d be delighted, but I wasn’t sure whether the usual outlets for my prandial witterings would be able to find space any time soon. “No problem,” he said. “If you could just give it a mention on your blog, that would be great.”

It all falls into place: Warhol had unwittingly created the model for journalism in the 21st century. Readers don’t want to pay for journalism, and advertisers are increasingly unwilling to subsidise it. The only way a hack without a private income can survive is on freebies, scraps from capitalism’s table (almost literally, in the case of food writing).

Two problems present themselves here. The first is that it gives an unfair advantage to those writers who specialise in the necessities of life, such as food and shelter and clothing. I have an image of emaciated literary bloggers desperately attempting to trade in their review copies with their foodie colleagues in the hope of getting a decent meal for the first time that week. That said, perhaps it might be a good idea if media were to focus on what people need more than what they can be persuaded to desire. [Thinks: Damn, does that mean nobody will want to send me free books any more?]

The other potential glitch is that the hacks might feel obliged to say only nice things about the products they’re being offered, since the alternative is starvation. But this has always been a problem under the old system, as publishers try to keep advertisers sweet, while also maintaining their hacks’ delusions that they’re morally pure seekers after truth, rather than enslaved rearrangers of the cultural slush. So it’s fortunate for me that the meal was most enjoyable (especially the whipped salt cod with avocado), and I have no hesitation in suggesting that Giorgio’s at the Royal Orchid Sheraton is very good and you should all go there, provided you tell them I sent you.
Posted by Tim Footman at 7:32 am

Can one swap a drawing for a plane ticket?

I was going to ask if you could recommend an airline that would take a mention on my blog in exchange for a seat, but Rosie had the same idea.

I had rotten food poisoning there after I went but then I could delete that review with a cosy invite to rectify the situation.

It's all gone mad. Even 1960's West Country clarinet meistro Acker Bilk doesn't play "Stranger on the Shore" any more.

He gets one of his Acker-lites to do it.

Does this mean you have finally jumped the shark? (Which is being served up very tastily in shark fin soup at...)
Nobody sends me free stuff. Poor me.

I publish a knitting blog which is not terribly popular (about 50 regular readers, fewer of whom comment), but that has not stopped me from getting some semi-automated email messages from purveyors of Random Plastic Crap asking if I'd like to review their tripe for my blog. Originally I politely declined; now I just ignore the clearly-mass email messages. (Your invitation was obviously not of this variety.)

I did wonder whether they were simply spam or if one could actually receive the item on offer if one expressed interest. A friend with a lesser income than my own, however, has accepted about a dozen such offers, and reports that in every case she's received the item advertised. She's a good enough writer that it doesn't make for entirely dull blogging, but I can't lose the feeling of reading an advertorial.

One can, Rosie, but only if the drawing highlights the fabulous in-flight entertainment, generous legroom, unfeasibly hot cabin crew, etc.

Dave: yes, but you could take one of your photos of the above.

Charles: You could turn that one round to get a free meal at one of the Sheraton's rivals (Peninsula, Shangri-La, etc).

BWT, I would have thought your coverage of royal-nuptials-related shenanigans would have earned you an MBE at least. Shall we get a petition going? Worked for Brucey.

I don't see any problem in taking advantage of those, Valerie, provided you're absolutely up-front about what you're doing, explaining how the product was brought to your attention, how you had qualms about succumbing, etc. As I've done for this restaurant, and also for this furniture shop. Deconstruct, deconstruct, deconstruct.

MBE? Make my parents proud.
(And kids a bit embarrassed at how easily I dump my principles.)