I was fortunate to be brought up in a house with a lot of books. My dad read David Storey and Stan Barstow, who came from where I came from, but also Chandler, Maigret, Camus, and more sports books than you’ve ever seen. There was Dewsbury market for comic books and secondhand books, and I can’t overstate the education you got from reading the NME between 1979 and 1985. A review of the Birthday Party would be talking about Dostoevsky; Mark E Smith, Nick Cave, Coil and Morrissey all talked about books, painting, other forms of music, and I just absorbed it all. You could be reading Beckett and Philip K Dick, watching the football and The Singing Detective, going to see a band and a Francis Bacon exhibition; almost every week you were hearing or reading something you’d never seen the like of before. I’m not sure that’s the case these days.

Maybe the cut-off came in the mid-1990s, when the likes of Oasis proclaimed themselves heirs to the mantle of indie greatness, but coupled it with a strand of (performative?) bibliophobia. And 20 years later, Noel Gallagher still seemed deeply suspicious of the whole idea of reading and writing books:

“…people who write and read and review books are f***ing putting themselves a tiny little bit above the rest of us who f***ing make records and write pathetic little songs for a living.”

It’s not an either-or scenario, and I wouldn’t presume that by not offering their fans a bespoke to-read list packed with dystopia and existential angst modern musicians are implicitly endorsing Gallagher’s philistinism. But it could be that they’re advised not to talk about it, at least not in the opinionated, evangelical tones of their 80s forebears. 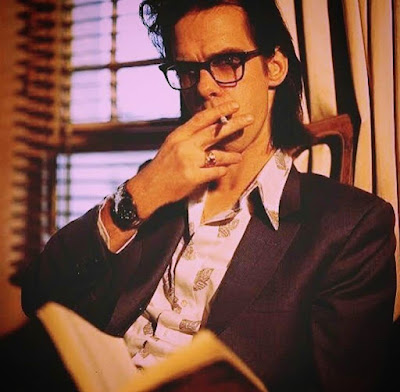