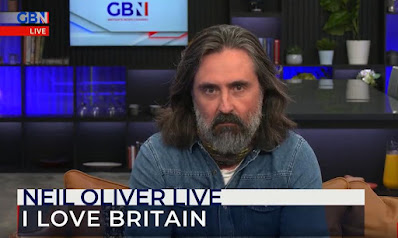 In the New Statesman,  Stuart McGurk describes the first shambolic months of the TV channel GB News and the most startling moments come not when stuff goes wrong, but when the company tries to explain away the wrongness. When asked why it tried to go on air without most of the equipment that TV professionals would regard as necessary – indeed, without most of the professionals – the official line is:

GB News is an entirely different broadcasting model. We never set out to replicate the legacy infrastructure or roles of establishment broadcasters.

Yet again, the libertarian battle-cry of “disruption” is a less-than-convincing euphemism for amateurish incompetence. (Not coincidentally, my recent reading has been dominated by meditations on why modern society increasingly tolerates such abject mediocrity, for fear of being thought elitist, and how a surprising amount of this anti-elitist thought originates with the political right. See Frank Furedi, Where Have All The Intellectuals Gone?; Eliane Glaser, Elitism: A Progressive Defence; Ronan McDonald, The Death of the Critic.)

But how do we respond to this? Do we really have to bite our lips when confronted with crap, for fear of hurting the feelings of those who produce crap and/or those who buy it? Who’s a snowflake now?

PS: And a reminder that, yes, it comes from the left too. From a couple of years back, John Halle defends Kenny G, and implicitly all else that is “fundamentally unserious and beneath discussion.”

PPS: On similar lines, an old friend, Caroline Langston, ponders what you really need to get into college:

The admissions system today, I read somewhere, rewards not the “bright well-rounded kid” (abbreviated BWRK by admissions reviewers), but the “pointy” kid instead, by which is meant an outsize and distinctive feature—like innovating a patentable medical device, launching a business, or testifying before Congress. Three sports and extracurriculars are nowhere near enough.Conversely, in the absence of such achievements, one way to mitigate it is by being able to foreground an experience of personal disenfranchisement or suffering, and demonstrate how one has overcome it... This is a problem not just for college admissions but also for the nation’s intellectual culture—and literature—in general. Books, online culture, radio interviews, novels, podcasts, all of them swept up into one... Basically, it’s a darkling plain where ignorant armies of the nation’s Pointy Kids-in-Chief clash by night.

don't throw the baby out with the bathwater: Neil Oliver's rants have been the only voice of reason through the alleged pandemic - a beacon of light to those who don't buy the narrative being fed to us by the propaganda machine.