I remember the extraordinary final of the 1985 World Snooker Championship, and the screams of delight echoing around the neighbourhood when Dennis Taylor finally potted that last black ball. It wasn’t that people disliked Steve Davis per se, simply that anyone who challenged his hegemony at the time acquired automatic plucky underdog status.

Plenty of other folk remember it as well, it seems, to the extent that the whole final frame is being restaged as a live event, a simulacrum of a match, a bit like one of those re-enactments of Civil War battles, but with cues replacing pikestaffs. It’ll be a lot of nostalgic fun, but what made the original event really exciting – as with any sporting event – was the tension, the jeopardy, the fact that nobody, including those pacing round the table, knew what was going to happen next, how the whole thing was going to end, who was going to lift the silverware and who was going to look rueful on the periphery. Short of tweaking reality so that Davis wins, I’m not quite sure how they can bring that back. 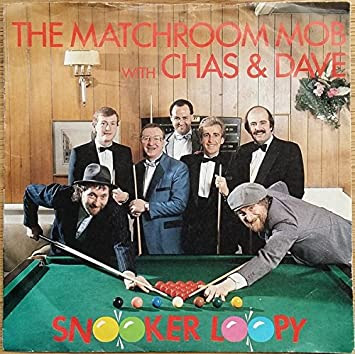