The Globe Theatre’s decision to include a content warning with publicity about its production of Romeo and Juliet has prompted the usual feeding frenzy from a right-wing press the sole purpose of which appears to be a ceaseless campaign against what it deems to be wokery.

In normal circumstances I’m sceptical about attempts to cover an audience in cotton wool, but I don’t really have a problem with this. It’s a bit like those contextual labels that some National Trust properties want to put up, explaining historical links to slavery; visitors are perfectly able to ignore them, and just look at the pretty gardens and suits of armour if that’s what they want, and I don’t see how warnings about violence and trauma in R&J will spoil anyone’s enjoyment. Many years ago I saw Deborah Warner’s notoriously brutal production of Titus Andronicus, which had many audience members fainting or running for the exits. I suspect they may have appreciated a hint of what was to come. 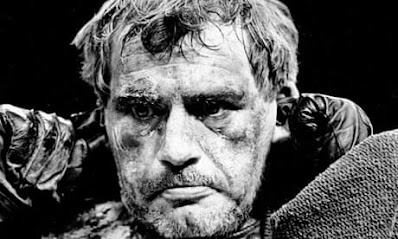 Shakespeare has long been the victim of censorious intervention, from the fiddling of Nahum Tate and Thomas Bowdler, to the edition of Macbeth I used when I was doing my O-levels in the 1980s, from which the funniest bits of the Porter’s speech were excised. As far as I know, the Globe production doesn’t mess with the words – you know, the important stuff. And in any case, I’d take The Sun’s proprietorial attitude to the Bard far more seriously if they actually gave proper critical coverage to modern productions of his work, rather than just exploiting him now and again as one more weapon in an increasingly tedious and silly culture war.