So much of the tension that’s sprung up around both Trump and Brexit is cultural rather than explicitly political, revolving around assumptions (some of them justified) about what people think and do and know, and the extent to which those things place them on a binary divide. So I’m risking accusations of being a snooty, metropolitan elitist remoaner if I post my favourite of all the memes dealing with Bernie Sanders’s grouchy, bemittened appearance at Wednesday’s inauguration ceremony – simply because the most delicious thing about it is that Trump Won’t Get The Joke. 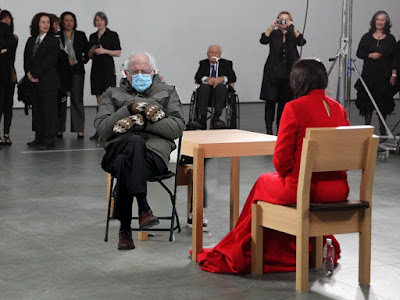