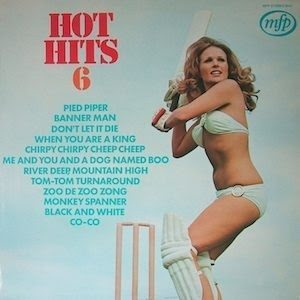 I argued in my book about Radiohead that OK Computer, for all its manifold innovations, represents the last entry in the canon of rock albums. This isn’t because people aren’t making good music any more, but because in the post-Napster universe the notion of a fixed, finite selection of tunes in a predetermined (by someone other than the listener) order now feels unnecessarily restrictive – and I was writing this in the mid-Noughties, way before Spotify. I might have been a little premature in my analysis but in the New York Times Jon Caramanica seems belatedly to have come over to my way of thinking. (He also suggests the future might be TikTok, which has infuriated a whole load of rock purists on Twitter and elsewhere but that’s what music journalists are for these days, right?) Anyway, he says:

As awful as it sounds, an album is simply a data dump now. That doesn’t mean that some artists won’t continue to aim to be auteurs of the form — say, Taylor Swift or Adele — but the minute albums hit streaming services, they are sliced and diced and the songs are relegated to playlist slots, and everything after that is a crap shoot. The truth is that albums worked as a medium only because everyone was a captive. When you look back at your favorite older albums now, I’m sure you see the weak spots that you’d happily have programmed out if you had the technology then. Now you do. I wouldn’t be surprised if the next generation of pop stars finds ways to never release an “album” again — they’ll just drip music out, one automated-brain-chip-download at a time.

I’ll put a fiver on One Automated-Brain-Chip-Download At A Time (Sweet Jesus) being the title of the next Radiohead album. Not that anyone will care, obviously.
Posted by Tim F at 6:19 pm