About Dampier and Casablanca

Stuff I learned today when truffling around the interwebs in search of something else.

1. The explorer, naturalist and privateer William Dampier (who I first encountered around the age of seven in L du Garde Peach’s masterpiece A Ladybird Book About Pirates) is cited in the OED for the earliest recorded uses of 80 words, including “barbecue”, “sub-species” and “chopsticks”; he also gave us the first recorded recipes in English for guacamole and mango chutney; and crew members on his voyages were the inspiration for Robinson Crusoe and The Rime of the Ancient Mariner.

2. Casablanca was banned in Ireland until the end of World War II because its negative depiction of Nazis and Vichy collaborators contravened the country’s policy of neutrality; as late as 1974 it could only be shown on Irish television if Ilse’s lines about loving Rick (despite being married to Victor) were removed. Meanwhile, when it was released in Germany in 1952, all the scenes containing Nazis were removed, and the uncut version was not shown until 1975. 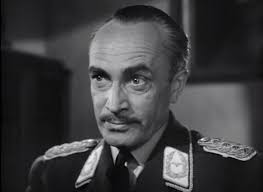