About Bennett and Eliot 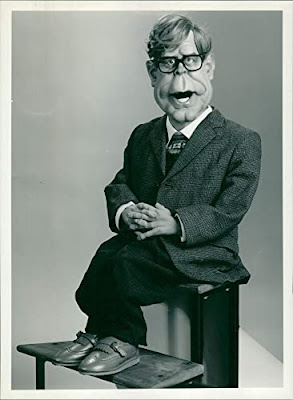 Despite the plague, life goes on. Alan Bennett has admitted that, since his Talking Heads monologues were put on the A-level syllabus he’s frequently pestered by students seeking help with their homework; his advice is to “treat me like a dead author who was thus unavailable for comment”. It may just be a way to shake them off, or it could be a subtle attempt to introduce them to the works of Roland Barthes. Who knows?

In other news, the current craze for protecting statues has extended to George Eliot in Nuneaton, although some have suggested that the defenders have confused her with the late blackface entertainer GH Elliott, whose gravestone is to be removed from his Sussex resting place.

And The Sun’s idea of a “highbrow drama” is, uh, Downton Abbey.

Is it bad that my reaction to that photograph, presumably the Spitting Image version of Bennett, was, "Blimey, Elton John!"