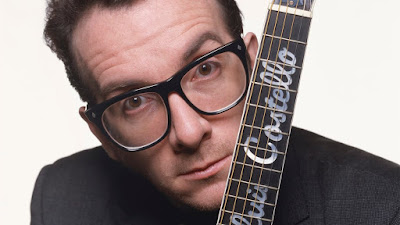 I’ve probably told this tale 20 times, but I did a phone interview with Elvis Costello once. I was expecting – indeed, deep down, hoping for – spleen, invective, bitterness, all the stuff that characterised his public persona, but he was charm personified, relaxed, modest and polite. He even apologised for being five minutes late. The bastard.

I thought of that just now when I found another interview with EC, from a few years before mine, in which he says something that seems to sum up his attitude particularly (and mine, to an extent):


I don’t think that I’m particularly awkward. It just seems to me that everybody else is awkward.