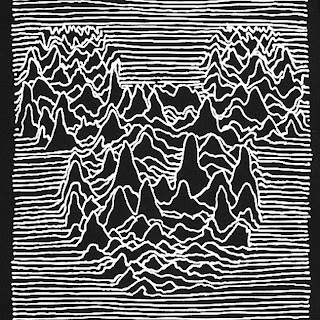 Long overcoats have gloomed their disapproval at news of Disney bringing out a t-shirt that squeezes the cover image of Joy Division’s Unknown Pleasures album into the shape of Mickey Mouse’s head. True, it’s a bit tacky, but I’m not sure that we should make the patronising assumption that those responsible don’t appreciate the bleak resonance of Peter Saville’s original design. It’s simply an act of recuperation, the absorption and appropriation of something that was once radical and challenging into the big, comforting womb of consumer capitalism. As such, it’s a) been going on for decades and b) a belated act of revenge for all the indignities that have been inflicted on the blameless rodent in the past in the name of détournement, recuperation’s persistent mirror – a process that increasingly feels like scrabbling for the crumbs that fall from capitalism’s table then waiting until capitalism has gone to the toilet and putting the crumbs back on the table in an amusing pattern. 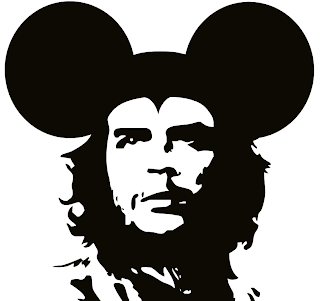 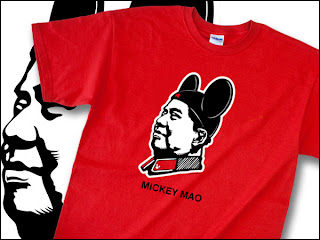 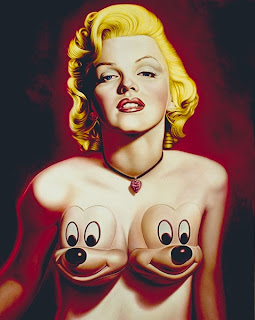 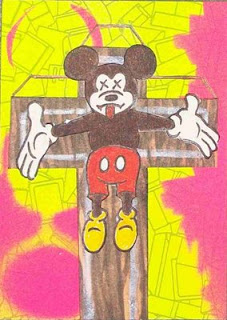 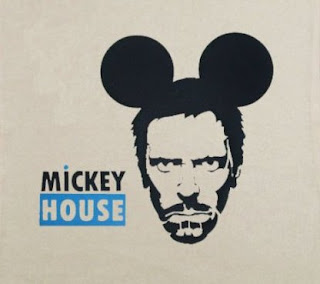 Oh Mickey, what a pity you don't understand.

Oh but he does, Geoff. That's what makes him so dangerous.