In search of a bottom end

I changed my Facebook profile picture a few days ago, and had a number of complimentary comments, presumably from people who haven’t noticed that the picture isn’t actually of me. 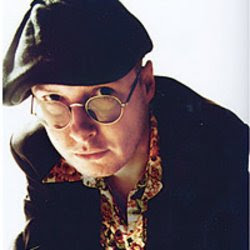 It is, in fact, Andy Partridge, singer and guitarist of Swindon’s bestest art-punk-pastoral-psych-popsters XTC. But Partridge is not the only happening beat musician to whom I bear a resemblance. 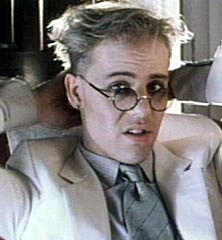 Some have suggested that I look a bit like synth-twiddling 80s nerd heartthrob Thomas Dolby. 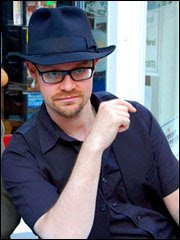 Others reckon that I could double for Ash drummer Rick McMurray. 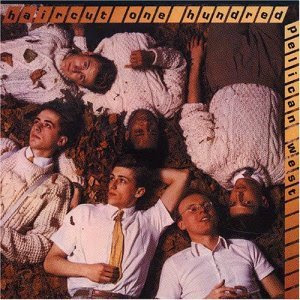 While in the olden days, I was told with tedious regularity that I played saxophone for Fair Isle janglers Haircut 100 (a role actually performed by one Phil Smith, the chap at the bottom on the right).

So I’ve pretty much got a band of Tim lookylikeys there - with one crucial lacuna. There’s no bass player. I know some trendy young hipsters today (your White Stripes, them Yes Yes Yeses) manage without a bassist, but I don’t hold with such false economies. So, over to you. Your task for the weekend is to find a four-stringer with a better than passing resemblance to your humble author.

Hate to burst your bubble Tim, but every time this bloke's piccie comes up on CiF I instantly think "Oooh, Tim's got a new piece up, wonder what he's writing about this week"

So the key to your visual identity is round glasses? ; )

I agree about Mark Lawson as well. You should take over his gig. Or let him be Roadie.

Bass players are uncool. Wearing spectacles would only compound this uncoolness so I can't see any plucker wearing them.

Nor did the idiot in Level 42 who plucked his bass with his thumb.

Ah. I feel silly now. By the way, my friend the Curve tells me he saw you on the telly and you were wearing very cool clothes, and he recognised your name years later when you started blogging. You must have made an impression. But he didn't mention any bass players at the time.

Any choice would be fair game. To think Thomas Dolby wanted to be Barry Andrew's replacement. What on earth was he thinking?

You may find this subject amusing, but I can tell you from experience that being mistaken for Justin Timberlake becomes tiring very quickly.

I quite like ML, Cath: there's something of the sweet but ineffectual teacher about him: "Be quite, Greer! Put it away, Paulin! Kermode, the bell is a signal for me and not for you! Oh, so kind of you to join us, Mr Morley!"

Not bad, Rog, although I hope my teeth are better.

I beg to differ, Garfer, about both bassists and specs. But him out of Level 42, I'll give you.

Crikey, Annie, I'm trying desperately to think of a TV appearance where I looked cool. When I did Mastermind, I had a waistcoat with nifty comedy-and-tragedy buttons that my sister had given me, and some not-bad Chelsea boots. Maybe that.

That's nothing, Vicus, I get mistaken for Janet Jackson's nipple on a regular basis.

And over at Fbook, my chum Ross has suggested Carl Radle from Derek and his Dominos, who is dead.

OK. I guess I'd better shoot a little straighter than my FB comment.

My reaction was more 'holy crap, that's a bold identity change but hey, if you're going to have a mid life crisis and you've got the balls to go with it, then it could work'

I'm such a pansy I not saying that aren't I?

When I was fatter, I was stopped in the street several times because I looked like Johnny Vegas. Looking like someone else, people automatically like you without you even trying to impress. Unless you look like someone horrible like Mussolini / Simon Cowell / Mr Crabs from Spongebob Squarepants.