I’ve been doing some research that involves skimming a representative selection of American pop polemicists from the past 10 years, and it seemed pretty zeitgeisty (straitened global circumstances and all) to start in the second-hand bookshops. Oddly, there were loads of lefty tomes (Michael Moore, Al Franken, Naomi Klein, Noam Chomsky) but very little from the rightists (Ann Coulter, Rush Limbaugh, Bill O'Reilly, Bernard Goldberg and so on). 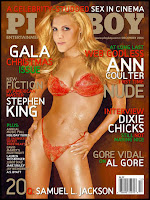 Next week, Chris Anderson on why Middlesbrough will be relegated, and why they won’t and why they might. And Malcolm Gladwell does a funny little dance in his vest and pants.
Posted by Tim F at 10:49 am

You were probably looking in the wrong stack. Did you check out magical realism?

There's also the "I'm not really right-wing, I'm reading this for research purposes."

I've never heard of any of those rightwingers apart from Rush Limbaugh.

And to be honest if you'd asked me who he actually was I'd have racked my brains and come to the conclusion that he was some sort of middle-aged American who once starred in a show that never actually got shown on UK telly - Gilligan's Island or somesuch.

Maybe the leftwingers just sold many more copies, so there are more copies of their books in circulation?

I did, Bureauista. Rushdie Limbaugh, anyone?

I must admit, Wastrel, for the first couple of years I was aware of Mr Limbaugh, I thought he was some sort of conceptual joke.

Too easy, Hedgie. Although it could be a double bluff...