A few years ago, I had a run of bad luck. Well, *I* didn’t, personally, but the people I interviewed did; in the space of a few months, there were two deaths and an emergency heart bypass.

Then, towards the end of last year, I wrote a feature about the Thai tourist industry, quoting a respected hotel manager thus: “So long as they don’t blockade the airport, we’ll be all right.” The day after it went to press... well, you probably saw it on the telly. 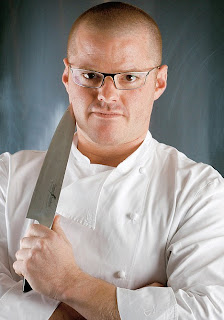 Who or what should I write about next, do you reckon?
Posted by Tim F at 3:25 pm

Any chance of a feature promoting Chris Evans and suggesting he should take over from Wogan?

thatcher, thatcher, thatcher and thatcher.
Then all the bankers in the world, all the entrepreneurs, financial advisers and stock brokers.
Then you could think about accountants and marketing executives.

Write a lengthy piece on Peter Mandelson. He had green custard thrown in his face today. A worse (preferably excruciatingly painful) fate that may befall him as result of your story would be most welcome

Yes, I suffer from the same thing. A week ago I spoke to my bank, First Direct, part of HSBC. "You've not really been mentioned a lot recently have you" I ventured. "No, we pride ourselves on our responsible attitude to lending. We like to think we've got out of this OK." the young lady replied (I was begging for a rain check on a loan repayment, ironically. I got it.). Come Monday and HSBC post profits down 66% due to having bought a pile of shite in the US. I refrain from praising Mr Obama too much, he's too young to go.

Could you review the film career of Mr Adam Sandler please?

I'm with Vicus Scurra, but could you add lawyers to that list?

Ronaldo/Rooney/Mancs
....people who read The Sun.

40 page email winging it's way to you as we speak.

Ooh, I'd love to see your piece on John Howard, George W. Bush and Dick Cheney. Maybe that would make the cover of the latest Grasslimb come true...