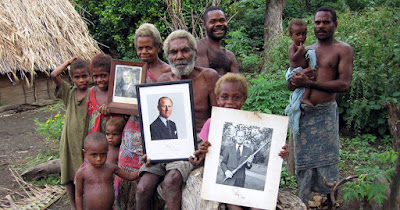 There is much generic media mulch sustaining a collective derangement over the death of an old, old man, but one or two useful responses – very few of them originating in Britain, sadly – have appeared. Anthony Lane in the New Yorker, for example, who analyses Philip’s strange social status, half macho action man and half placid househusband (and to some in Vanuatu, of course, a god), wittily but not without sympathy. And while others compile jolly listicles about the Duke’s various sub-Bernard-Manning one-liners (“slitty eyes”, ho ho ho), Lane pulls out one quote that is at once genuinely funny and rather poignant. Called upon to cut the ribbon at a new college building, he declared:

A lot of time and energy has been spent on arranging for you to listen to me to take a long time to declare open a building which everyone knows is open already.

It’s as if he was entirely clear-eyed, fully aware of the daftness of his role, but even if he drew attention to it, nobody listened; like Brian declaring he’s not the Messiah, or a first draft for a particularly bleak sitcom, one in which Tom Good never dares to try self-sufficiency, Reggie Perrin never goes for that naked swim, and they just carry on and on in an unpleasant dream from which they can’t be roused. I almost feel sorry for the old boy.
PS: Patrick Freyne in the Irish Times a few weeks ago: 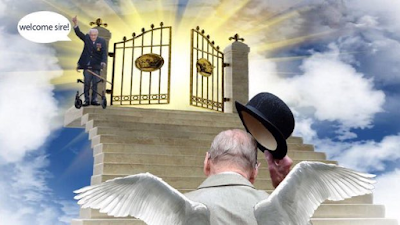 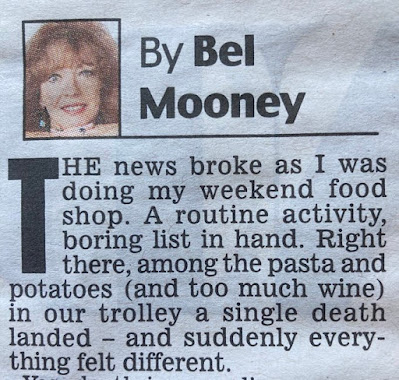