About Whose Line Is It Anyway?

If anyone asks what my degree is in, I suppose I can say, “Wondering what assumptions we can make about what other people should know”. On that note, based on a recent Twitter discussion, I think we can plot the death of Western civilisation as occurring at some point between the first series of the comedy improvisation TV show Whose Line Is It Anyway? in 1988, which involved John Sessions describing a day at the beach in the style of James Joyce and the later shows up to 1999 which, if memory serves right mostly involved Josie Lawrence rapping about parking meters.

And on similar lines, should I find it distressing that, on a recent edition of Richard Osman’s House of Games, Denise van Outen thought that Isaac Newton died in 1952; or that someone at the Telegraph thinks Thelonious Monk a) didn’t die in 1982 and b) played the trumpet? 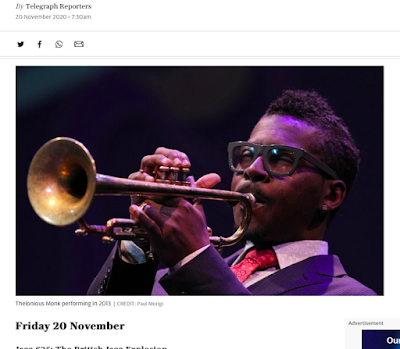 PS: In a similar vein from the past few days, I think it was probably a reasonable call (whether by Sarah Churchwell or the Guardian subs), in this excellent article about the legacy of Trump, to explain what “epistemological crisis” means, even if some might infer that that in itself is evidence of an epistemological crisis.
Posted by Tim F at 9:22 am