About Self and Orr

The death of journalist Deborah Orr last year, and the posthumous publication of her memoir Motherwell, were accompanied by an undertow of negative comment about the behaviour of her former husband Will Self. Some of her friends suggested that his career was (or should be) irreparably damaged and critical response to his own sort-of autobiography was tetchy, to say the least.

The algorithm gods of Amazon suggest, however, that readers are prepared to listen to both sides; either that, or they just enjoy a good soap opera. 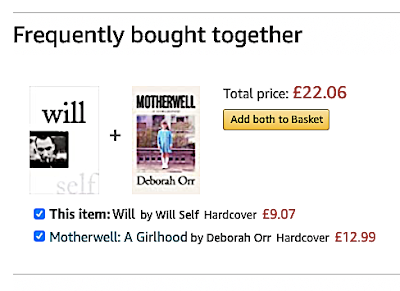 PS: An old article by Orr arguing that the sins of the artist – far greater in this case than any her ex committed – should not make us reject the art.
Posted by Tim F at 12:17 pm