That interview with the Mellons 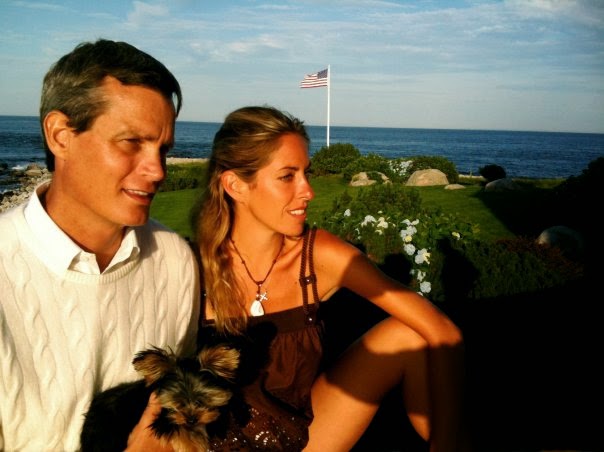 A New York Times interview with Nicole and Matthew Mellon has been bouncing around my various social media streams over the past few days. One thing that’s interesting is that the people posting it haven’t been offering much in the way of editorial comment: variants on “just read this” appear to be enough. So maybe you ought to read it, then come back here and we can discuss it a bit more. Off you go.

There. Well, then. Obviously the bit that people have been chewing over the most is Nicole’s “I’ve never been to Africa, but I feel like I have this deep affinity for it,” with the punchline about the Meryl Streep movie but really, for the full impact of the couple’s vacuous self-entitlement to sink in, you have to read the whole thing. But I’m less interested in them as people than I am in the way the article was written and published and then disseminated further, and the motives and thought processes behind that.

First, why was such an a piece commissioned in the first place? The couple have launched a clothing brand, the website for which is conveniently embedded in the story and the interview appears in the Style section. Having a vague idea of how such transactions work, I’m guessing that the Hanley Mellon will be advertising in the Times and the decision to run an interview with the founders was not unconnected with that contract. The title is after all “The Mellon Lifestyle as a Brand” rather than “Talking to Two Random Rich People”. It’s an advertorial, effectively, although I’m not sure to what extent the Mellons got copy approval.

Next, we have to consider the motives of the article’s writer, one Marisa Meltzer. Was she seeking – either before or during the interview, or after it took place – to stitch the couple up? She could certainly defend herself with a straight face, because they appear to damn themselves with their own words. Of course this may be the result of judicious editing: maybe Matthew made any number of thoughtful, cogent, witty, perceptive remarks, which she ditched in favour of the bit where he made a dick of himself by confusing Sam Taylor-Wood with Taylor Swift. But in any case, even if Ms Meltzer had a hidden, malicious agenda, the article would have been seen by several other people before it came before the public gaze. If there is an subversive intent, she couldn’t be the only one in on the joke. Any conscious attempt to make the Mellons look like inbred cretins would have had to be collective.

It’s been several days since the interview was published and I don’t doubt that many people have commented on it. Not within sight of the article itself: those who run the Times website have not permitted their readers to say directly what they think of the Mellons or their views on art or on Africa and how it smells, or whether Tuleh is an appropriate name for a teacup Yorkie or even whether the clothes they sell are any good. What will have happened is that someone at the Times will have noticed that this particular article is getting lots of attention on Facebook and Twitter and elsewhere and is thus racking up plenty of traffic for the newspaper’s website. And that, in the modern media economy, is a good thing. What would not have been so apparent to the number crunchers, although I hope someone within the organisation has worked it out by now, is that people are not encouraging their friends to read this article because they will be enlightened or inspired or because the Mellons seem like nice couple: it is because they appear to be stupid and vile exemplars of the undeserving one per cent and if the rest of us can’t actually be bothered to organise an end to the preposterous state of affairs that spawned them and their like, the least we can do is point and laugh.

The other question is: at what point did the Mellons themselves realise what was going on? Because they must have done by now. Musn’t they? Or maybe they’re so rich and so fabulous, with their apartment at the Pierre and their Basquiats and their dog and their fashion company and their children with faintly daft names, that they just pay someone else to do their self-awareness for them.
Posted by Tim F at 10:32 am

I think you are spot on with your last paragraph.
Actually you are spot on throughout.
Since approx. 2009 I have noticed a steady increase of lifestyle bloggers... sometimes it feels like the Internet is becoming one big glossy lifestyle magazine that sells stuff. It's pants.
Someone should design a massive spoof site of the lot of them... that would be brilliant!
Sx

I agree with Ms Scarlet 100% and wish to add only that these people appear to actually be their own spoof.

And no -- they have no idea of how they are perceived. They are convinced of their own wonderful-ness. After all, the people around them wouldn't be lying to them, would they?

Indeed, Pearl, it's very difficult to spoof something that already looks like a spoof...!
Sx

Thanks Scarlet. The fact is, although lifestyle blogging has heightened the tendency, it's been around – not least in the New York Times – for quite a long time.

They are in a place beyond irony, Pearl.