Peaches Honeyblossom Geldof and all that that entails 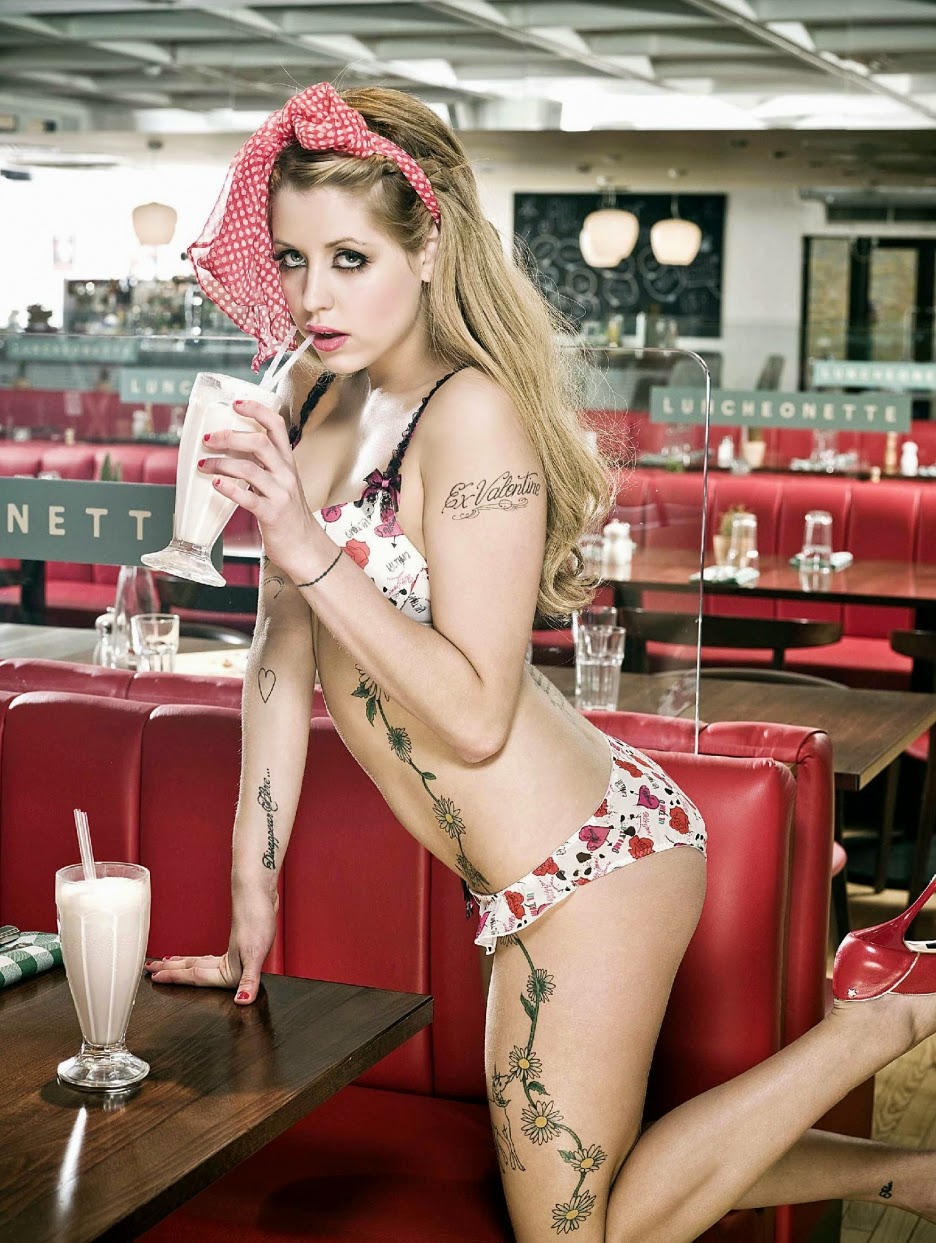 I had a minor difference of opinion a few hours ago (on Twitter, so it doesn’t really count) about certain aspects of the media’s response to the death of Peaches Honeyblossom Geldof. My main beef was with this BBC article, which described her as “Writer and TV presenter Peaches Geldof”. Neither of these attributes is inaccurate but they are slightly misleading as to the reason she was a source of endless fascination to the media. She was of course famous in the first instance because both her parents were famous: their relationship and its public unravelling, lurching from tawdry farce to squalid tragedy, inevitably pitched her into the public eye, even if she only occupied a supporting role in the early days. Once that was done, she was essentially famous because she was famous. Yes, she wrote things, yes she presented TV things but when someone admonished me – “that was her job. That’s how she should be remembered” – I think a point may have been missed. And yes, as if it’s really necessary to say it, the whole business is unutterably sad and while we gawp and some of us shed a few vicarious tears, other people are grieving, really grieving, for a mother, a wife, a daughter, a sister. But none of those job descriptions showed up in the headlines either. Of course there’s a strong element of de mortuis in people’s sensitivities, but I wonder how many people are scrabbling through their own digital footprints trying to erase any negative comments they may have made about Ms Geldof and her various adolescent idiocies. The irresistible comparison is with Princess Diana: oh, if Twitter had been around in 1997...

In The Telegraph, Bryony Gordon attempts to defend Geldof’s reputation as a writer (she had a column for the paper when she was 14 years old) but unfortunately the passages she quotes rather have the opposite effect, focusing as they do on her solipsism, in particular the joys and pains of having a peculiar name. Fair enough, she did write (“She wrote. Therefore she was A WRITER,” as another of her online defenders put it, which would imply that everyone on Twitter is A WRITER as well) but ultimately she wrote about being who she was, which is why she got the job in the first place: Gordon does acknowledge “obvious accusations of nepotism” without ever really deciding whether they might have been justified. The Mail describes her as a “socialite” and that seems to fit the bill rather better.

It’s the name that dogged her whole life: not just the surname but the whole “Honeyblossom” thing, the whimsical kitsch that defined the criteria for the labels that famous people are now expected to apply to their offspring. When I heard the news of her death, I immediately tried to remember which of her siblings had the middle name “Frou Frou” before I realised that it’s actually a character in the Celeb strip cartoon in Private Eye. Of course, that doesn’t mean that a daft monicker necessarily guarantees a trajectory of fame, debauchery and an early demise: her own sister, Fifi Trixibelle, has apparently managed to bypass all that. Peaches embraced it and then passed on the curse/blessing to her own children, Astala Dylan Willow and Phaedra Bloom Forever. Ultimately, Peaches’s death made the news not because she was a writer, not because she was a TV presenter, not even particularly because her parents were who they were: people are interested because she was called Peaches Honeyblossom Geldof and that doesn’t require any further qualification. She became A WRITER the moment she first signed her name.

PS: Katie Hopkins (someone else whose obituaries will include some negotiable job descriptions) gets it in the neck for thinking that the probity of the nation’s legislators is more important than the death of someone with whom she had a row on telly a few weeks ago. I have little time for Ms Hopkins, who is either genuinely vile or she just makes money from pretending to be so, but in this case I’ve got a very modest dash of sympathy for her.

PPS: Tanya Gold on Peaches’s digital death.
Posted by Tim F at 8:20 am