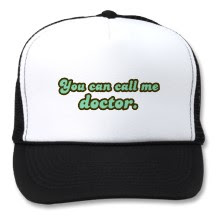 I’m intrigued by this article from Germany about the industry in ghosting PhD theses. It seems that the problem is not so much ethics as one of quality control; if someone with no academic grounding in a subject can knock up a thesis worthy of a doctorate in a matter of weeks, how low exactly is the hurdle that needs to be jumped? The guy actually doing the work – I see a potential film script or a novel in here – has an attitude that veers between cynicism and honesty:

The relationship between professors and their doctoral candidates has often been minimized down to a lazy wave-through... A proper doctoral supervisor would be able to tell that the style and intellectual level of the text could never have come from the person sitting across from him during consultation meetings... If the universities functioned properly, my job wouldn’t exist.

Maybe we’ve got to the stage where the battle’s just not worth fighting any more. A student or journalist might put in all the honest grunt work, but what if their properly attributed source material is itself debased? Are you contaminated if you’re protected by six degrees of plagiarism? I was recently editing an article in which a piece of text set off several alarm bells and when I threw a few sentences into Google, it appeared to be pretty much lifted from a website. The journalist claimed innocence, but did admit that the interview had been done by email. It turns out the interviewee had plagiarised his answers. What do we do when that happens?

PS: Duh, there is already a book (at least partly) about a character who ghostwrites academic material: How I Became a Famous Novelist, by Steve Hely. It’s pretty funny.
Posted by Tim F at 8:03 am

I know nothing of colleges, really, but I do know that the college graduates I am meeting these days are woefully unimpressive. And yet everyone wants to hire someone with a degree...

Reminds me of the recent story about the programmer who was outsourcing his work to a Chinese guy. The programmer would fill his days surfing e-Bay while raking in a hefty six digit salary, 50k of which he would pay the Chinese guy who was actually doing the work.

That's a grim prediction, Tim. Over here we now have a prime minister who grossly plaguerised his PhD thesis and, unlike politicians in neighbouring countries who did the same - yes, it does seem to be a trend - refused to resign over it - perhaps setting another trend.

Pearl: which is why increasing numbers - including those with no real taste for academia - are going for postgraduate degrees, to give them an edge.

But if the Chinese guy is making six or seven lots of 50K, Herman...

I can see his point, Gadjo. His only real sin was to be found out...